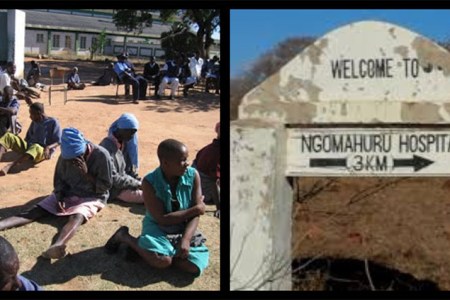 The water and power crises at Ngomahuru Mental Hospital in Masvingo have finally been resolved.

This came after the Zimbabwe Lawyers for Human Rights (ZLHR) filed an urgent chamber application against the government to attend to the water and power situation at the institution.

On Wednesday the ZLHR withdrew its application before Masvingo High Court judge Justice Sunsley Zisengwe after lawyers representing the Zimbabwe National Water Authority (ZINWA) and the Zimbabwe Electricity Transmission and Distribution Company (ZETDC) gathered that water and electricity problems at the institution had been resolved. ZLHR said:

ZINWA lawyers Dondo and Partners told Justice Zisengwe that the supply of water at Ngomahuru had been restored following the restoration of electricity by ZETDC.

A former opposition legislator, Tachiona Chiminya, through his lawyer Martin Mureri, had taken government departments to court to force them to provide water at the mental hospital.

Chiminya claimed that inmates, both male and female, were being forced to bathe in the Magwagwaza River due to water shortages at the institution.