The Meteorology Services Department (MSD) has given the following weather update for today 23 February 2021 and said light rains were to be expected countrywide and it will be mostly cloudy in many parts of the country. Sais the MSD in a statement:

TOMORROW TUESDAY 23 FEBRUARY 2021 It should be mostly cloudy with light rain showers and it may be thundery in places as well as slightly cooler conditions than of late in provinces such as Matabeleland South, Bulawayo Metropolitan, Southern parts of the Midlands and Masvingo Provinces. However in provinces such as Matabeleland North, northern areas of the Midlands, Manicaland, Harare Meltropolitan and all Mashonaland Provinces mostly sunny and mild conditions are expected with some isolated thunderstorms.

Here are the temperatures that are supposed to be expected in Zimbabwe’s major cities and towns: 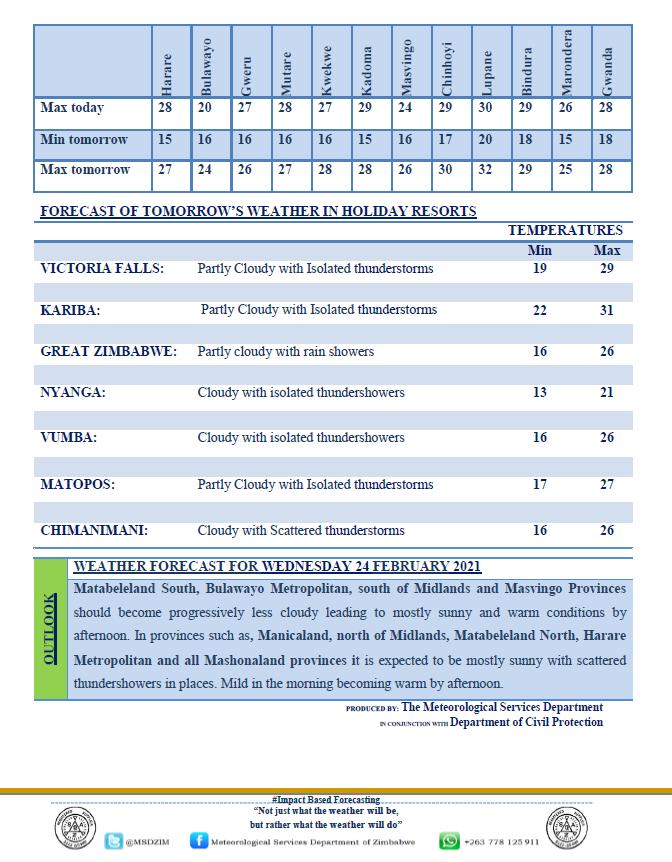 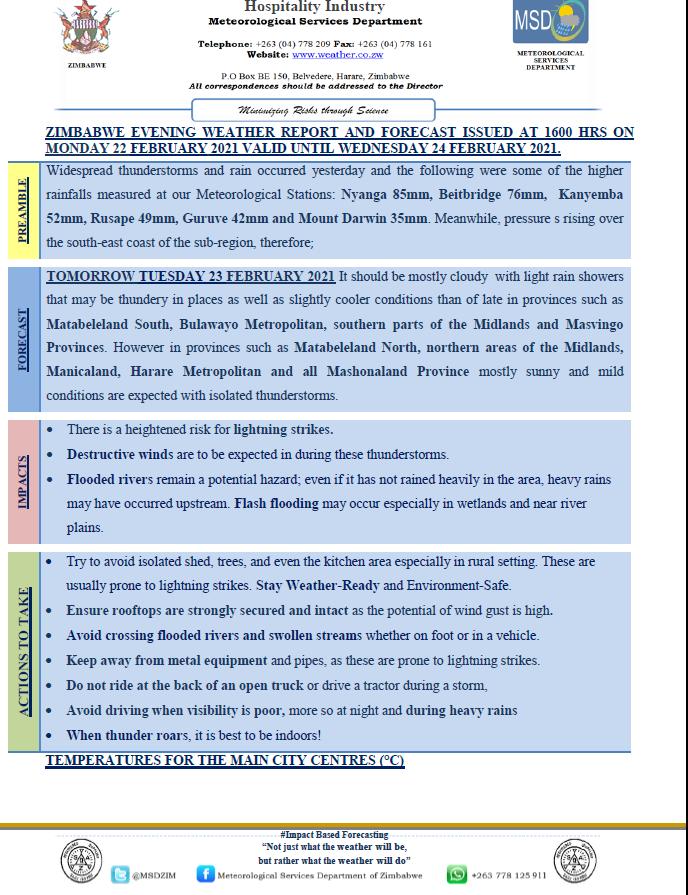