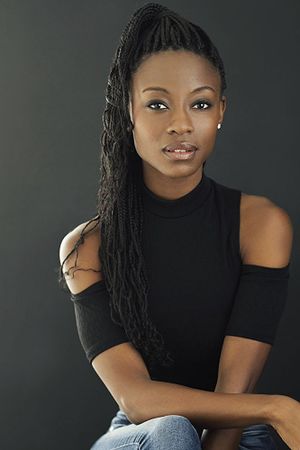 Zimbabwean-born US-based actress Sibongile Mlambo has been selected to appear in a series called Painkiller that is set to hit the screens later this year, Newsday reports.

In the series, which is a spinoff of Blacklighing, Mlambo will reportedly portray the character of Maya who is described as a “beautiful woman yet is icy and mysterious”

Mlambo spoke to the Newsday and said she is excited to have been cast to play Maya in Painkiller:

I am so excited and honoured to be part of the Back Lightning spin-off Painkiller. The network, studio, producing and directing team, as well as my co-stars, are all people I have admired. To be able to stand among them and play, especially during a pandemic, is such a blessing. I hope we make something you will all enjoy.

She joins the likes of Danai Gurira, Tongayi Chirisa, and Rick Cosnett who are some of Zimbabwe’s actors who made it big in Hollywood.