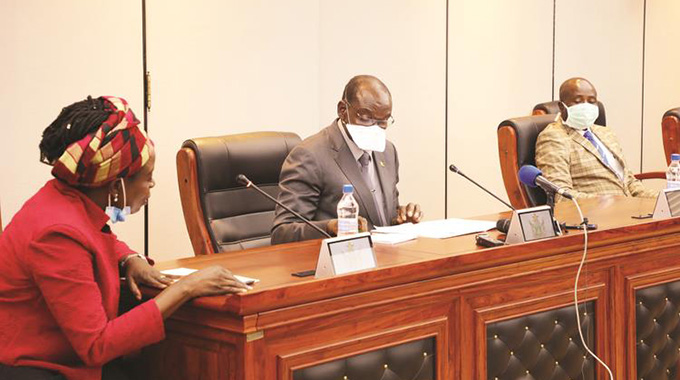 Constitutional lawyer Lovemore Madhuku has said there is no law that requires the under-fire Vice President Kembo Mohadi to resign from his position due to his alleged se_xual scandals, ZimLive reports.

Madhuku blamed this on the reluctance of parliamentarians to enact a code that would penalise/punish such depraved behavior and said politicians were deliberately ignoring the law that would guard their moral behaviors.

There is no law and no standard that can be used to judge whether a vice president or a minister can have 20 or 50 affairs or even sleep with people in the offices.

But Mohadi’s removal would only be possible if parliament, ministers and the government had enacted that act of parliament which is contemplated in Section 106 (3) of the constitution

It’s something that must be taken into account that the Constitution simply says there shall be an act of parliament which will put in place codes of conduct.

It would appear that the government, the president’s ministers and parliament are deliberately not putting into place such an act of parliament because they know that an act of parliament of that nature which is contemplated by the constitution would then allow citizens to judge them on the basis of that standard,

However, Nelson Chamisa’s lawyer Advocate Thabani Mpofu said Mohadi was in clear violation of  Section 106 (2) (b) of the Constitution which reportedly states that

Vice presidents… may not during their tenure of office act in any way that is inconsistent with their office, or expose themselves to any situation involving the risk of a conflict between their official responsibilities and private interests.

Audios of Mohadi speaking to his alleged lovers have been leaking and circulating on social media since last week.