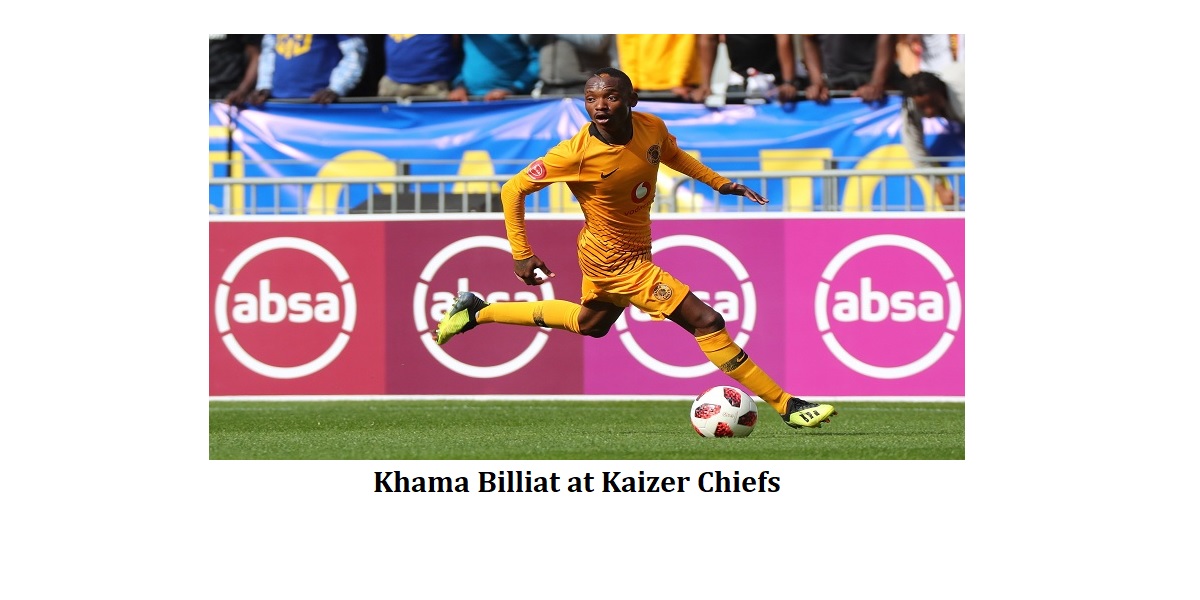 Former Kaizer Chiefs player, Lucky Maselesele has said Khama Billiat must leave Amakhosi at the end of his contract citing issues to do with the Zimbabwean international’s attitude.

This comes as Khama Billiat is in the final lap of his current contract which expires on 30 June amid reports that his former club, Mamelodi Sundowns and three Egyptian clubs including Al Ahly are interested in signing him.

Khama Billiat joined Kaizer Chiefs in 2018 and the club has an option to extend his stay at Naturena for another 12 months.

Let Khama go too, he doesn’t suit Gavin Hunt because he doesn’t believe in praising and begging players.

Billiat wants to be treated in a certain way different from other players.

When we advise these players, they say we are jealousy because we never received R200k like them and they think they are bigger than everyone, which affects their performances.

Khune must leave, he should’ve left long time ago, he is one of those players that want to be begged because he believes he deserves special treatment because of what he has achieved at the club.

Even if he can go to another team, he won’t perform like before, he has reached his time.

He became big-headed, which is something that happens a lot in South Africa.

Cristiano Ronaldo and Lionel Messi may not be happy with something but they always give the same performances because they take their work seriously.

They know where they get their salaries, they don’’t take it easy because of their achievements.

Khama Billiat is believed to be the highest paid player in the South African Premiership with a package of around R8 million per annum.