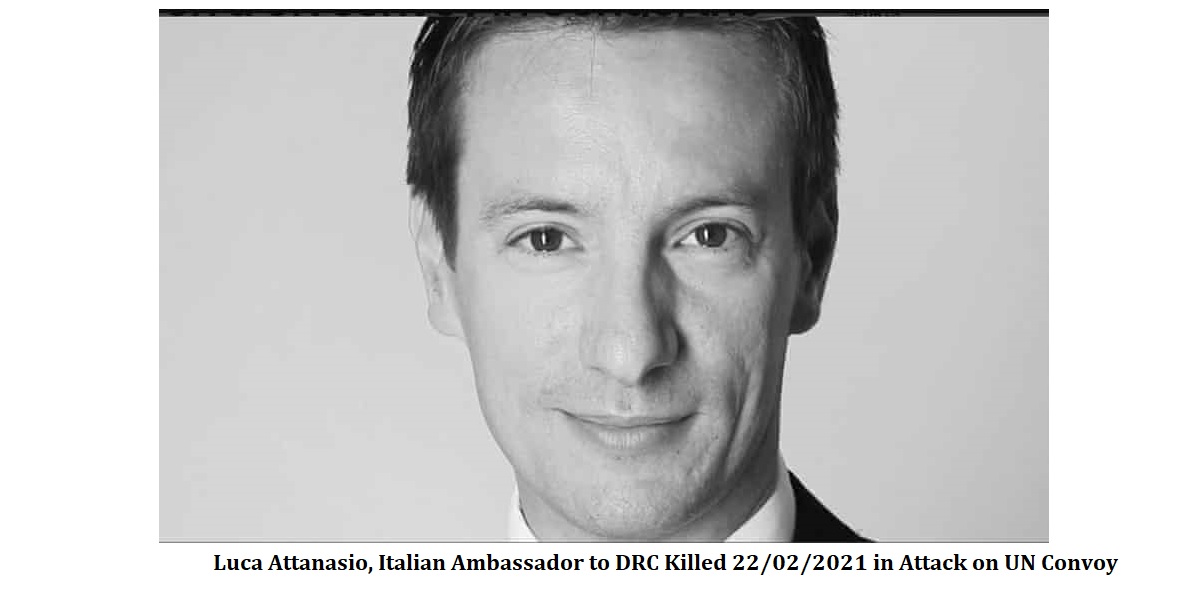 Italy’s ambassador to the Democratic Republic of Congo (DRC), Luca Attanasio, has been killed in Goma, eastern DRC, after an attack on a United Nations (UN) convoy.

Emerging reports suggest the envoy, Luca Attanasio, “died of his wounds” after a convoy of the UN’s World Food Programme (WFP) came under fire near Goma.

The Italian foreign ministry said in a statement on Monday that a military police officer travelling with Luca Attanasio was also killed.

According to Italian media reports the attack took place at about 10 am (0800 GMT) near the town of Kanyamahoro.

The United Nations (UN) reports that the illicit exploitation of natural resources continues to be a root cause and driver of conflict in the eastern parts of the DRC.

A Ugandan rebel group Allied Democratic Forces (ADF) which originated in Uganda’s northeast in the 1990s, has been attacking and killing civilians in eastern DRC for decades.

Most of the militia groups have set aside their political demands and are involved in mineral trafficking.