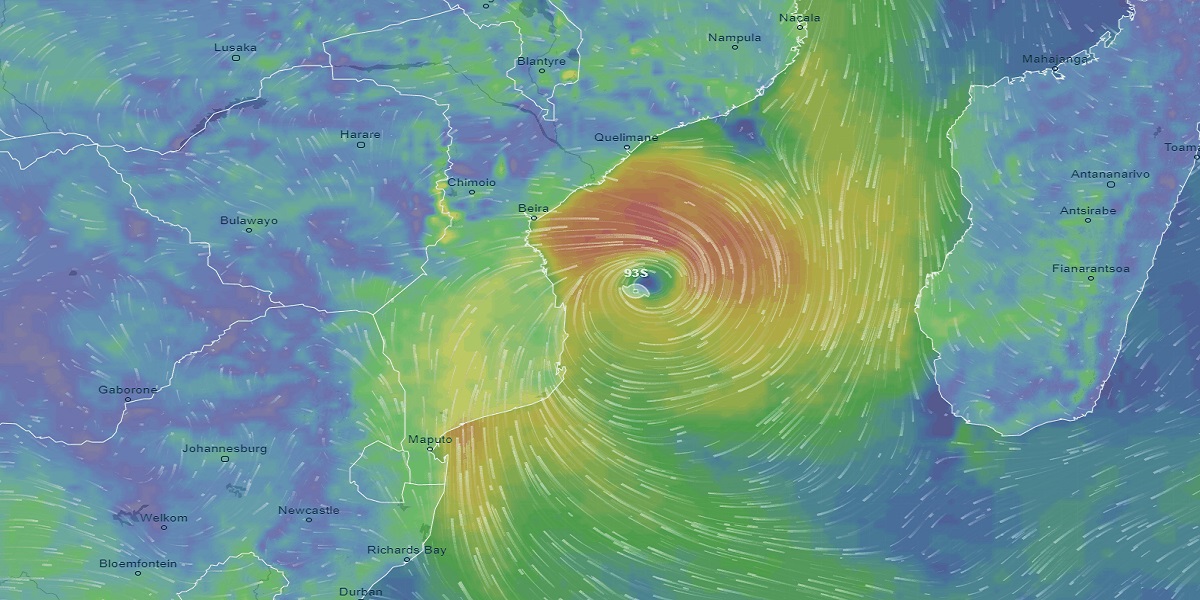 The Meteorological Services (Met) Department has given an update on Tropical Storm Guambe which is said to have induced a warm and humid north-westerly airflow across the country.

The Met Department further reports that the highest falls were over Matebeleland North areas such as Binga and Victoria Falls.

As for Monday, the Southern parts of the country: Masvingo, Manicaland, and Midlands are expected to be cloudy with scattered thunderstorms.

Matabeleland North, Northern parts of Midlands, Bulawayo and Harare metropolitan, as well as all Mashonaland provinces, are expected to have brief cloudy periods with isolated afternoon and evening thunderstorms. 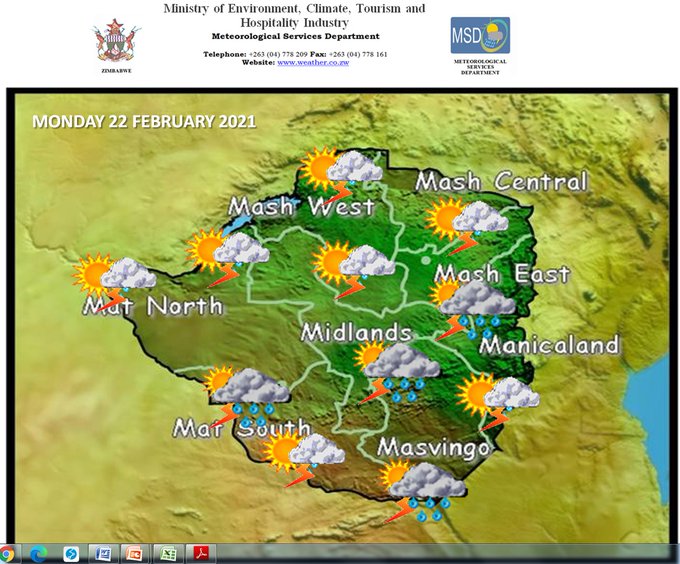 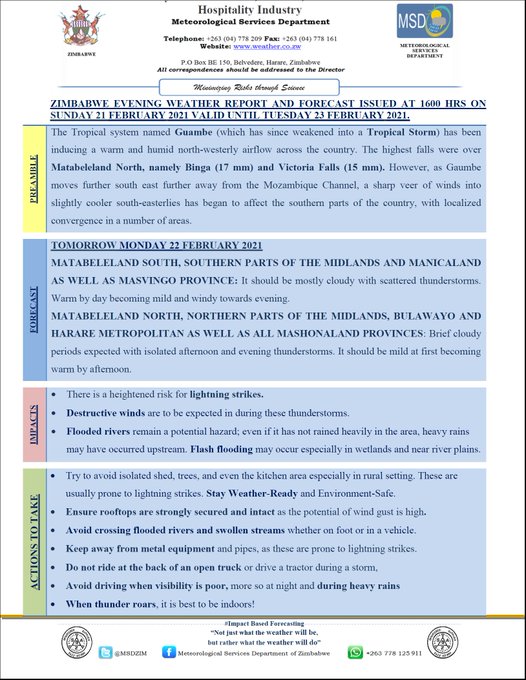