Brand New MDC T leader Douglas Mwonzora has appointed Lloyd Damba his Presidential Spokesperson. This was revealed by the party in a post that stated that Damba will be leaving his post in Chitungwiza to be the mouthpiece of the party that “inherited Tsvangirai’s legacy” ‘s president.

Said the MDC T leader in a statement:

I wish to announce my appointment of Lloyd Damba as my Presidential Spokesperson, with immediate effect. Mr. Damba is a dedicated party cadre who has held numerous leadership positions within the Party.

He was a longtime Chitungwiza Provincial Information Secretary before he became Provincial Chairman, a position he will relinquish as he takes this full-time position with the Party. 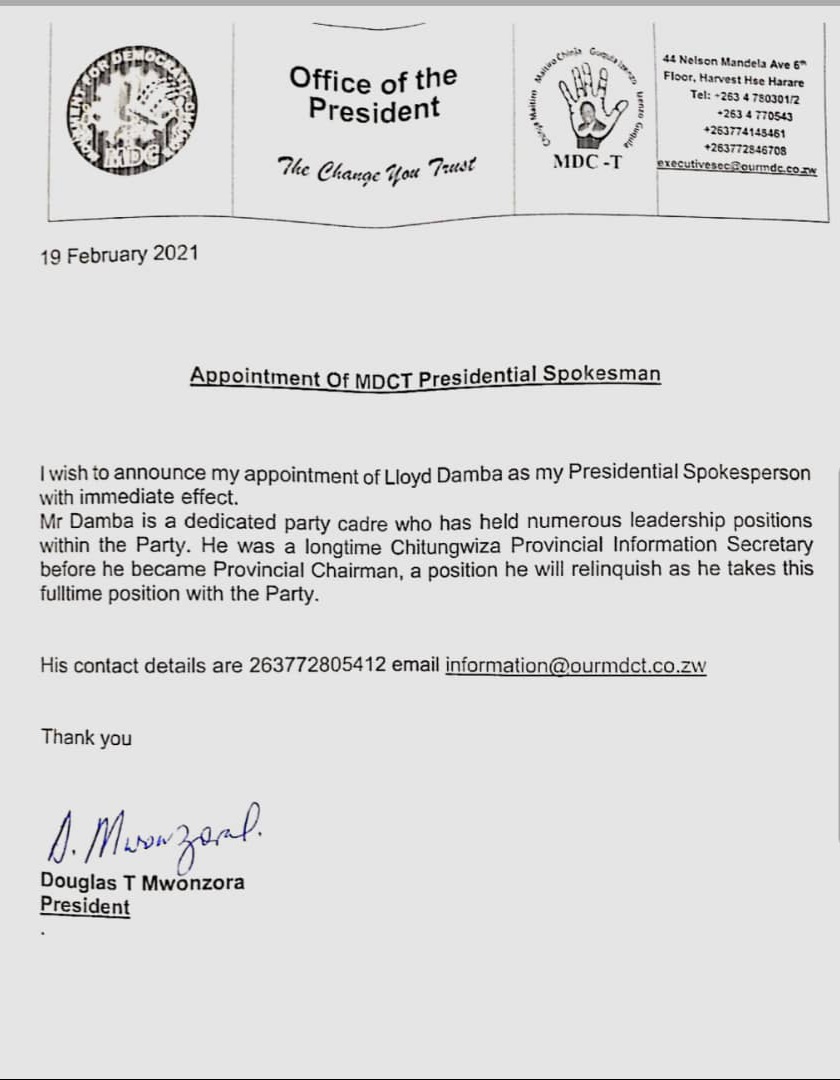