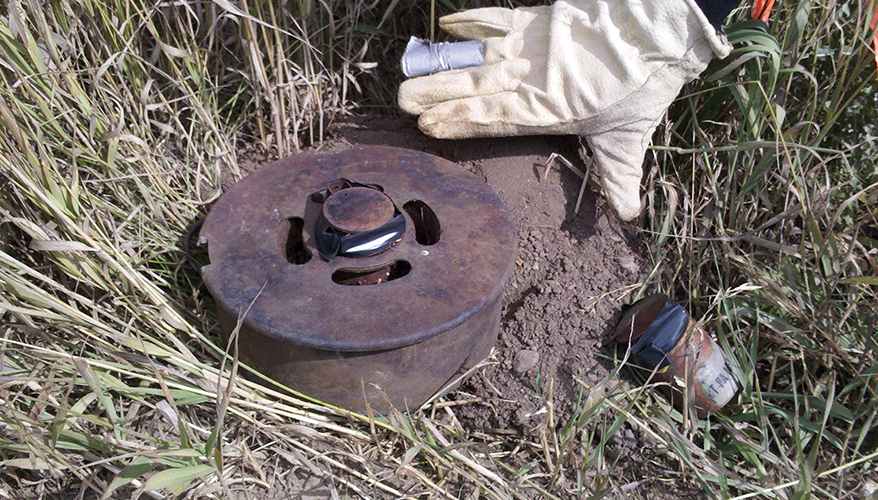 Letting experts handle munitions for proper disposal. A landmine was located during the remedial investigation field work. The landmine was properly disposed of by detonation within the field by USACE contractors.

An 11-year-old girl from Mweve Village, Simangani ward in Hwange lost her leg when a suspected landmine exploded on 16 February, police have confirmed.

Samantha Mudimba was playing with three other minor girls aged eight years and below when the incident occurred.

The other three girls escaped with minor injuries.

Children were injured as a result of an explosion in Sibakwazi, Mwebe Village under Chief Hwange on February 16.

Circumstances are that at around 0900hrs, four children were playing at Siphilisiwe Mathema’s homestead when there was an explosion.

One child was seriously injured, losing her right leg.

Meanwhile, Samantha has since been transferred from a hospital near her home and is now admitted to Mpilo Central Hospital in Bulawayo.

Two of the children were rushed to Simangani Clinic before being transferred to St Patrick’s Hospital.

Insp Banda advised villagers living in the area to treat every piece of metal not common in the area with suspicion.

Mweve Village is close to the border with Zambia and landmines were planted during the armed struggle in the 1970s.

A villager, Osino Mumpande who was one of the first people to arrive at the scene of the explosion said:

I was one of the first people to arrive at the scene and assisted in mobilising transport to ferry the injured girls.

What I saw was not a good sight. One of the girls’ leg was completely shattered by the explosion while the other children suffered cuts all over their bodies.

It’s a miracle that they survived especially Samantha whose injuries were serious compared to the others.