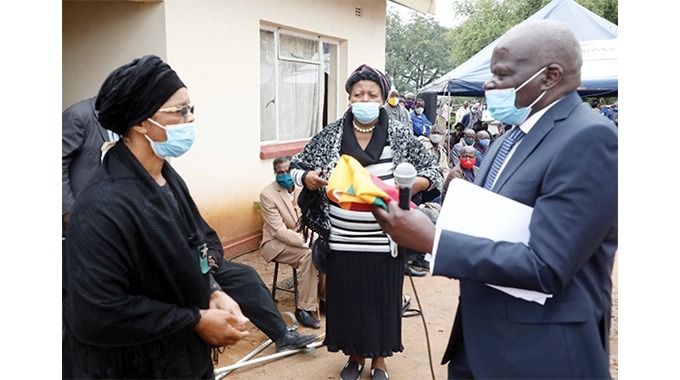 The late Chief Vezi Maduna Mafu died a bitter man after the government failed to apologise and compensate for his unlawful arrest and torture in the 1980s, his sister Theresa Thaka Mafu has said.

Chief Maduna was among a number of ZAPU and ZIPRA cadres such as the late commander Lookout Masuku and intelligence chief Dumiso Dabengwa who were arrested over alleged links to arms caches during the Gukurahundi era.

The Filabusi traditional leader who succumbed to diabetes last Saturday aged 86 was even denied national hero status despite his stellar contribution to the country’s liberation and the role he played after independence.

He was only given a State-assisted funeral and was buried on Wednesday at his homestead in Avoca, Filabusi.

Speaking to Southern Eye early this week, Thaka Mafu said his late brother was treated better by the racist Smith regime than he was under the late former president Robert Mugabe. She said:

Our chief was dragged into prison almost 10 times even after independence when Mugabe threw him into prison on trumped-up charges, disregarding the fact that he was a chief.

(The late former Rhodesian Prime Minister Ian) Smith would instruct his police to lead him into prison without handcuffs because of his status but Mugabe disregarded all this, handcuffing and putting leg irons on him.

It is a mockery that Chief Maduna was given a State-assisted funeral given his contribution compared to some of the people laid at the national shrine who have dubious records.