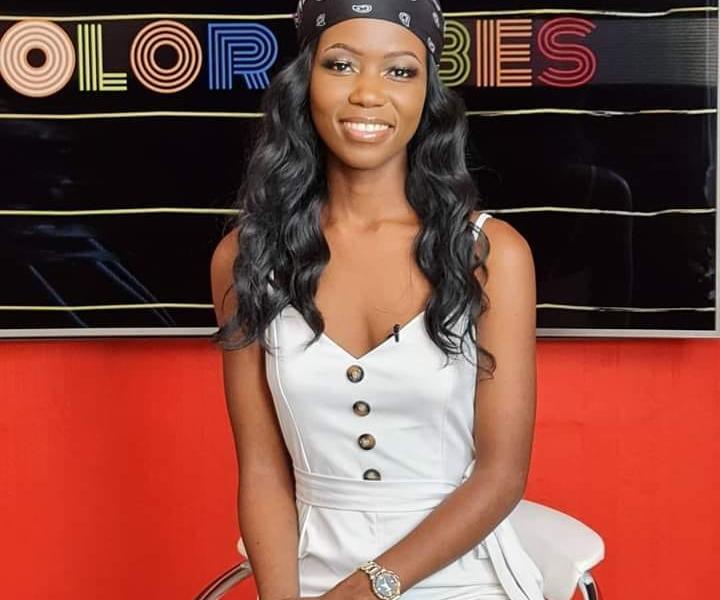 Musician Nomagugu Ncube has dismissed claims that she is married to Baba Harare saying she is in a relationship but not with the Jiti master.

Rumours about Noma’s alleged marriage to Baba Harare emerged a day before the latter’s latest single “Handidi Zvekumitisa”, was released.

Baba Harare had posted pictures of Noma and himself dressed in African attire with the caption: “Where it started, where we are. “Roora settings. Dzakafambirwa nezuro nyaya dzacho”.

This set off the rumours about the marriage with hundreds of Baba Harare’s fans congratulating him on his Facebook page.

It later emerged that the pictures posted by Baba Harare were just a teaser, preceding the launch of his video.

Speaking in an interview with The Herald, Noma said it was too soon for her to declare that she was taken, but certainly not by Baba Harare. She said:

As of now, I am in a relationship. It’s too soon for me to know if I am taken for good…

I met Baba Harare at work. We have a show called Colorvibes mix at work, so I needed him to be our guest. I asked him and to my surprise, he just said it’s okay.

My producer Jamal apparently is the one who told him I could sing. A few days after the show, Baba Harare asked if we could do a song together.

At first, I wasn’t sure of the idea, you know Baba Harare being the Jiti master, I wasn’t up for vibing to a Jiti song, but I’m grateful to Baba Harare.

Noma said she migrated to Harare soon after school to pursue her music dream and in 2014 she was nominated in the top six of the Zimtalent Hunt show.

In 2017, Noma was the overall winner of the Starbrite music talent show and she was sought after by several musicians who hired her as a backing vocalist.

She said it is her wish to work with Jah Prayzah, Zahara and Lira in future.

Noma: I’m In A Relationship But Not With Baba Harare