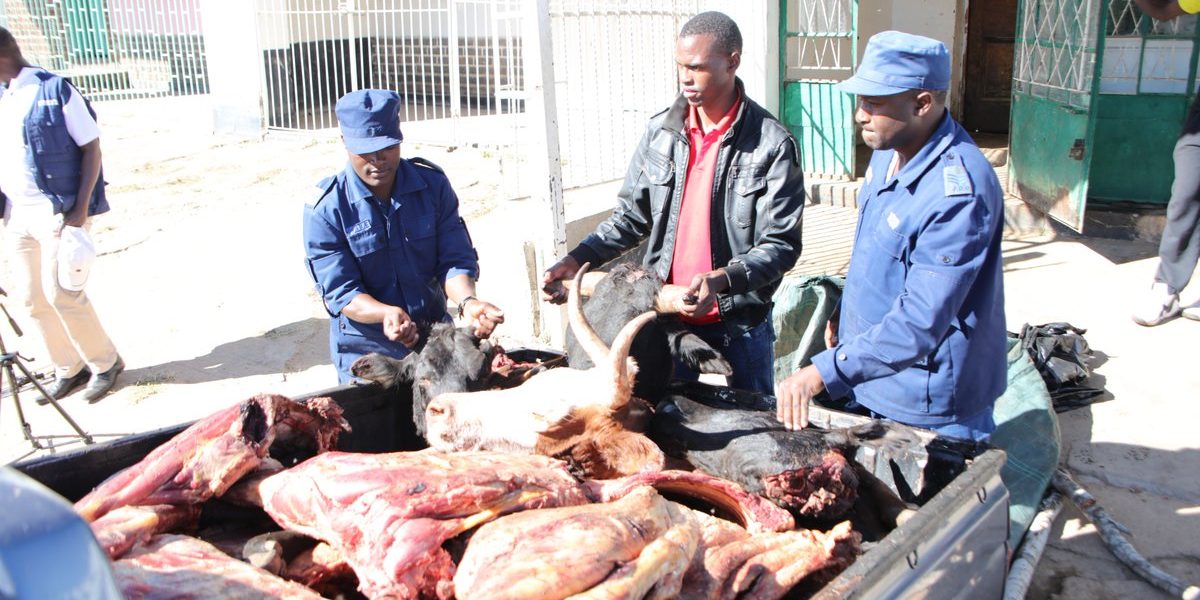 Police Confiscate meat from cattle that had died of atheileriosis

Zimbabweans are at risk of contracting deadly diseases from contaminated meat amid revelations that some farmers and butchers are selling condemned meat from livestock affected by diseases.

Some farmers are reportedly working in cahoots with butchers to slaughter beasts infected with diseases such as January disease and anthrax, and then selling the meat to unsuspecting consumers.

Veterinary Provincial director for Midlands Dr Martin Sibanda warned that anthrax can be transmitted to humans, and several people from Gokwe have already fallen sick after consuming contaminated meat. He said:

Meat from infected animals should not be consumed. Diseases can be transmitted from animals to the people for example anthrax and foot and mouth are dangerous diseases which can cause death.

Anthrax is the major disease which is affecting people in the country, especially the Gokwe area, where we received more cases of people who fell sick after eating meat from animals infected with diseases.

Midlands Provincial medical director Dr Reginald Mhene confirmed that there were people in the province who had contracted anthrax but he could not give the exact figures.

In 2020, 87 people countrywide were hospitalised after eating meat from cattle affected by anthrax.