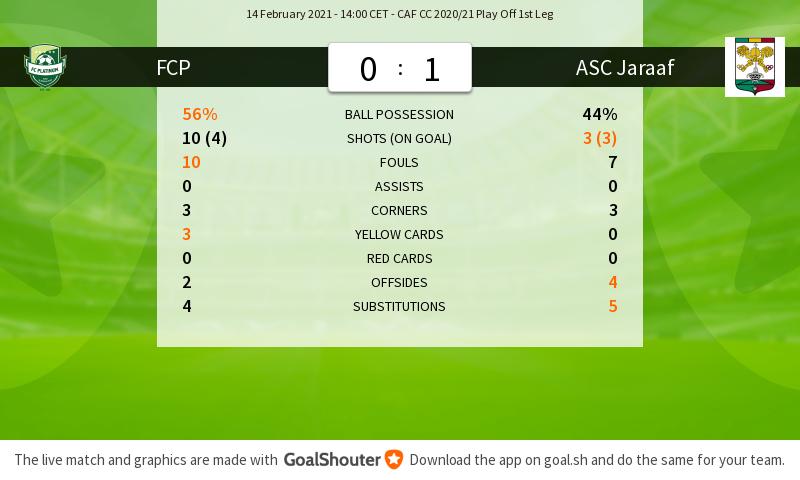 The Zimbabwe champions now have a mountain to climb for them to reach the group stages of the continental competition as they have to win by a two-goal margin in the second leg in Dakar.

FCP failed to take their chances, with Silas Songani fluffing his lines from the penalty spot, in the 25th minute and Gift Bello guilty of a horror miss in the 94th minute.

In between Pure Platinum Play’s horrible misses, Albert Lamane Diene struck in the 67th minute to give ASC Jaraaf a huge advantage ahead of the return leg.

The Zvishavane-based club were also clobbered 0-4 by Tanzanian giants, Simba SC, in a CAF Champions League match in Dar es Salaam on 6 January this year.

The losses have been attributed to the suspension of football in the country since March last year.