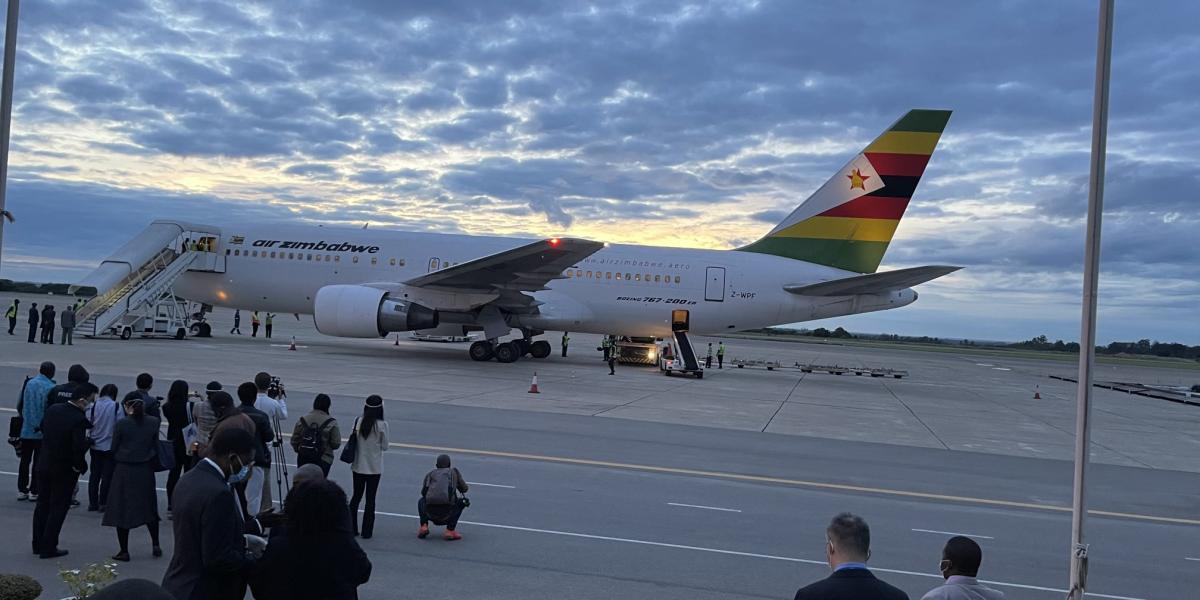 Renowned journalist and filmmaker Hopewell Chin’ono said that it should be a national embarrassment for Zimbabwe’s leaders to be crowing over a donation of a mere 200 000 doses of the Sinopharm vaccine by China.

Chin’ono believes a country richly endowed with abundant natural resources like Zimbabwe should not be relying on such a pitiful donation as it plans to innoculate its over 14 million population.

In a social media post a few hours before an Air Zimbabwe jet landed at the Robert Gabriel Mugabe International Airport with a consignment of the vaccines, Chin’ono said:

In 2 hours time, an Air Zimbabwe plane will land in Zimbabwe carrying a donation of 200k Covid vaccines from China, only sufficient to vaccinate 1.25% of Zimbabwe’s population.

There will be embarrassing and nauseous fanfare for that Chinese donation.

That is the true definition of mediocrity fellow compatriots!

How can a wealthy nation like Zimbabwe, once the second modern economy in Africa be reduced to such a laughing stock and basket case?

All because of the looting of public funds!!! #DemLoot.

Zimbabwe said it has purchased another 600 000 doses of the Sinopharm vaccine from China which are expected in the country not earlier that the first week of March.