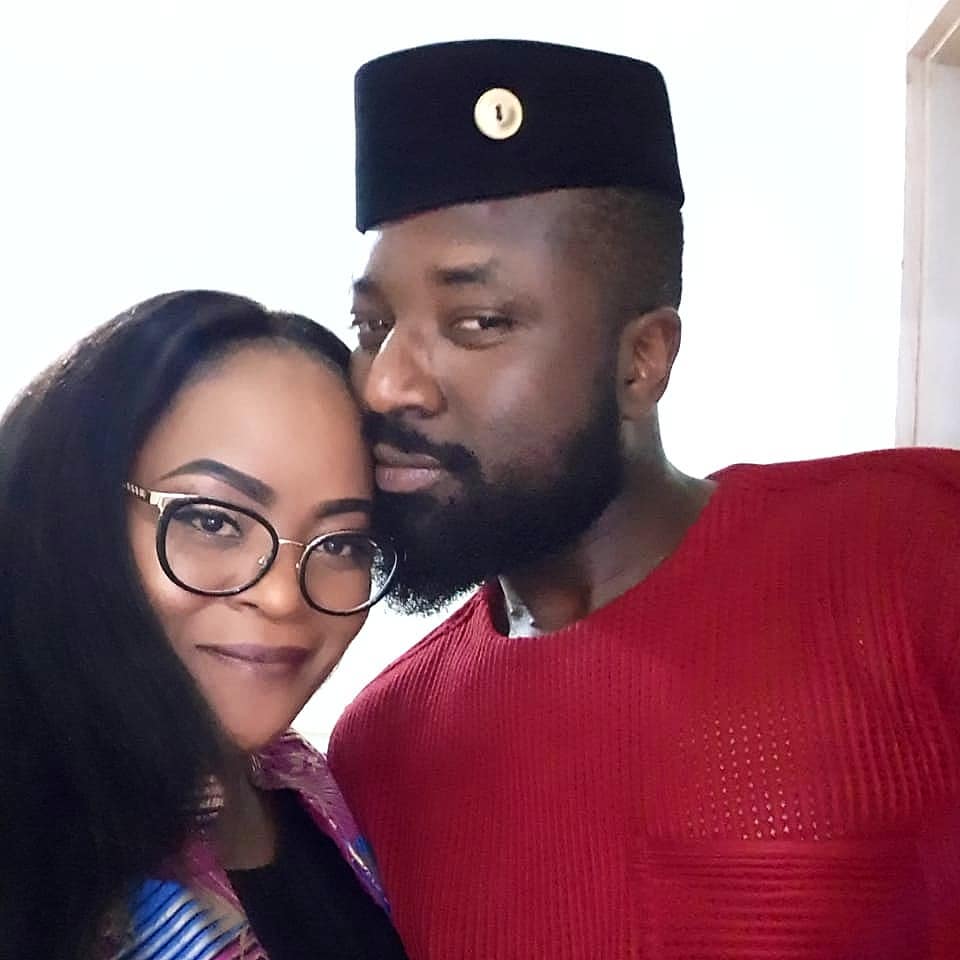 The Zvinavashe family has released a statement disowning claims made by the Children of Zimbabwe War Veterans Association (COZWVA) on Twitter that Edith Chibhamu is the late General Zvinavashe’s daughter.

In the now-deleted tweet, COZWVA had claimed Edith has started a political party and she will run for presidency in 2023.

In a statement released by the Zvinavashe family spokesperson, the family said Edith was not the late army general’s daughter and they were not responsible for damages that might be caused by the misleading information.

Said the Zvinavashe family in a statement:

Fellow Zimbabweans on behalf of the family of the Late General Vitalis Musungwa Gava Zvinavashe I wish to convey the followings:

A post circulating on social media under the moniker COZWVA has announced the presidential candidature of one Ms Edith Chibhamu. What is misleading; offensive and defamatory however is the allegation contained therein that the said Ms Edith Chibhamu is the daughter of the Late General Zvinavashe. This allegation is false and misleading.

This press statement is to set the record straight to all members of the public.The Late General Zvinavashe is survived by his wife and 11 children. Ms Edith Chibhamu is not one of those children. A cease and desist letter has been sent to the handlers of COZWVA to correct their misleading post.

The Zvinavashe family is not privy to and dissociates itself categorically and emphatically from the political ambitions and indeed public and private activities and affairs of Ms Edith Chibhamu.

Members of the public are warned that the Zvinavashe family and its related entities will not accept any responsibility or liability that may have been or will be caused by or to anyone relying on the misleading statement from COZWVA. 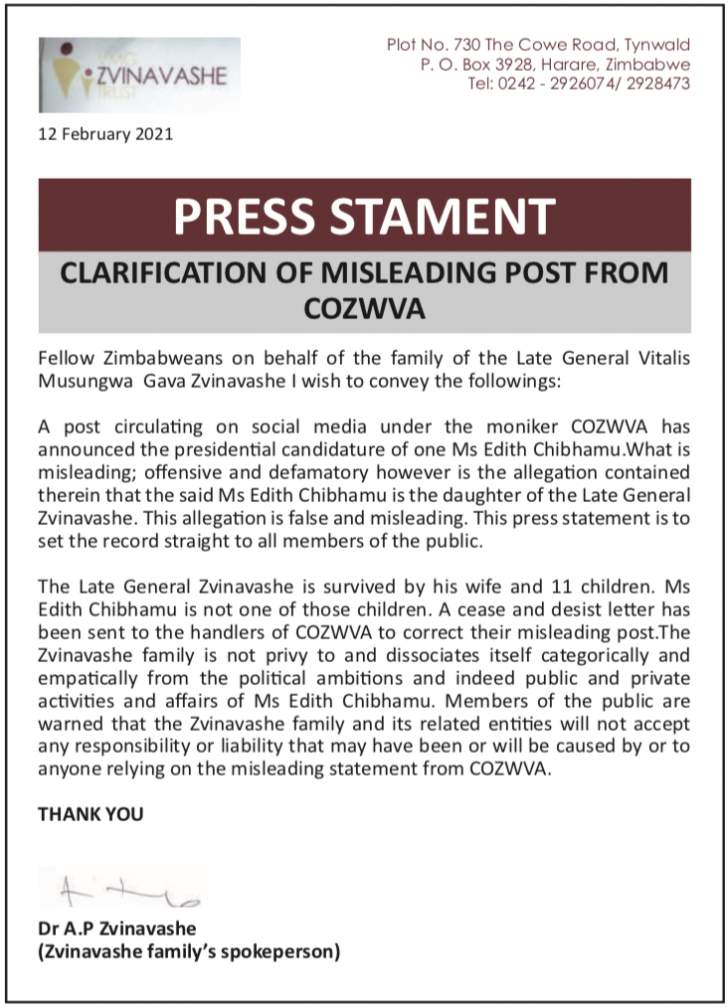