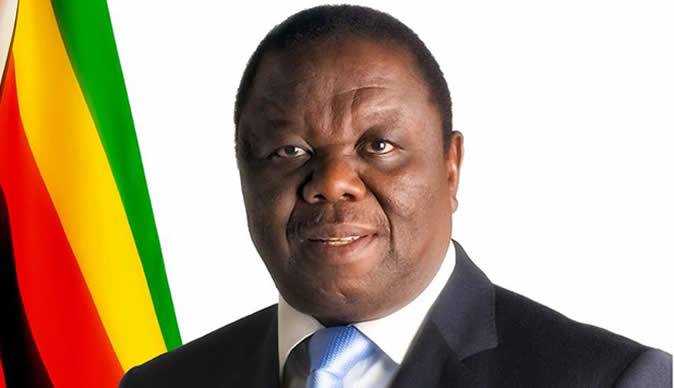 MDC T is planning to hold a virtual memorial service for the founding father of the MDC Morgan Tsvangirai who died on 14 February 2018.

This was contained in a memo that notified members of the virtual memorial which will start from 10.30 and Professor Lovemore Madhuku will give a speech during the memorial.

The MDC T family is seized with the preparations to commemorate the 3rd Anniversary of the passing on of our icon, the late President Morgan Richard Tsvangirai. The event will take place on 14 February 2021.

I was tasked by President Douglas Mwonzora to lead the team organizing the event. The memorial service will be held virtually due to COVID 19 restrictions currently in force. Professor Lovemore Madhuku will deliver a memorial lecture. The event will start at 1030am and will be live streamed.

We have consulted widely with the senior Tsvangirai family members during the preparations. A public event will be announced later when full lockdown restrictions are lifted. Please note that there will be no Party gatherings since the event will be virtual. 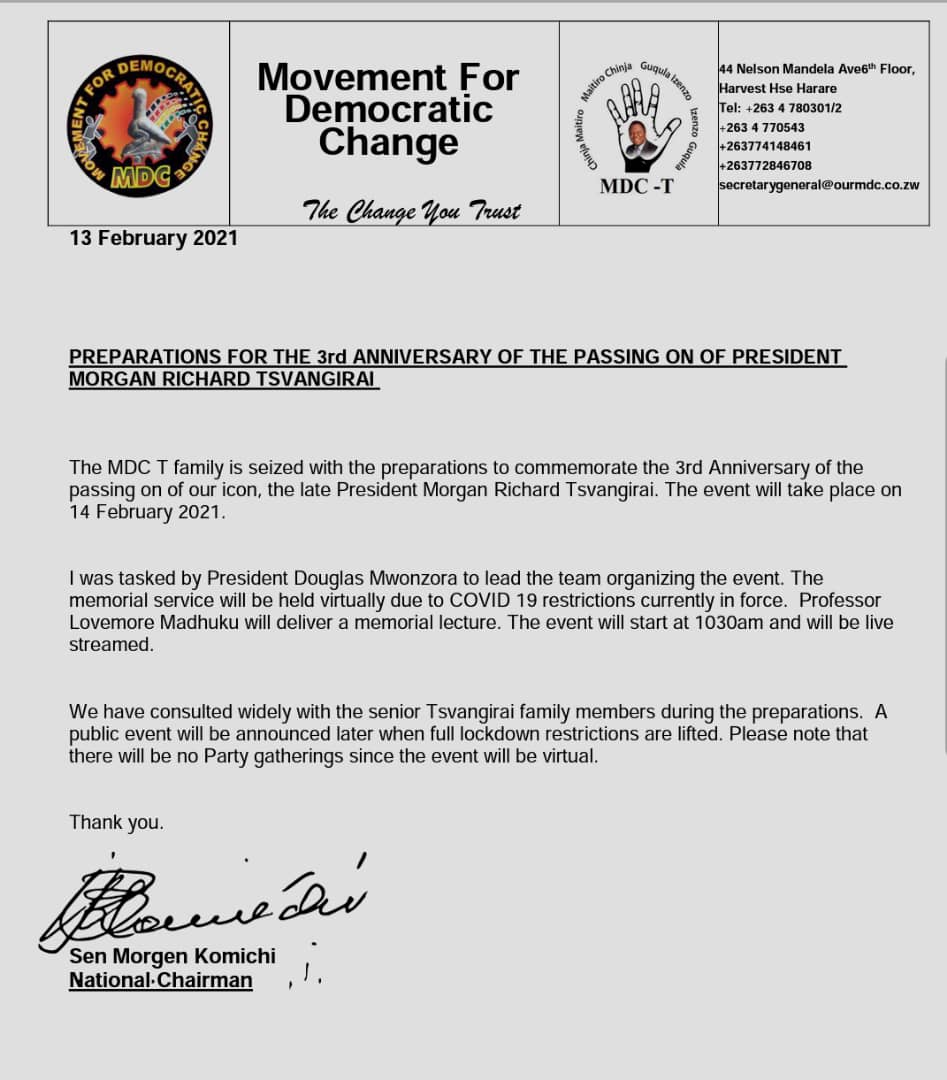