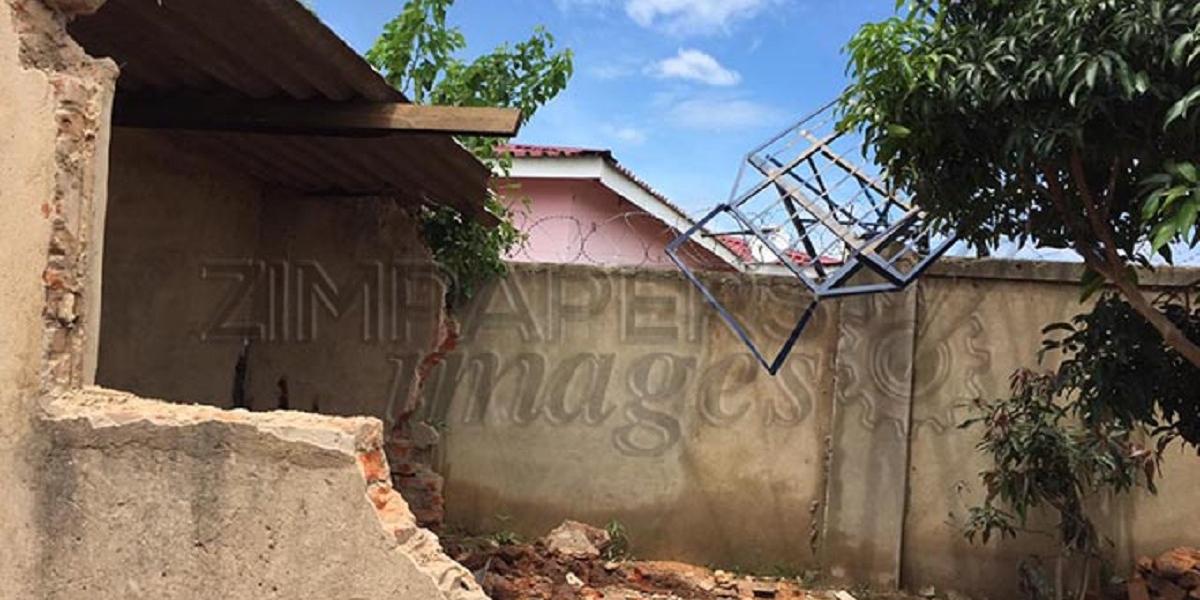 A loaded 5000-litre water tank collapsed at a house in Chinhoyi killing a five-year-old child and injuring 3 people after its galvanised steel stand gave in to the weight around 4 am Friday.

The tank fell on a two-roomed cottage which was being rented by the couple that lost the baby. The tragic incident happened at house number 11919 in Rujeko high-density suburb.

The deceased, Tendai Matumba, was pronounced dead upon arrival at Chinhoyi Provincial Hospital while her brother, Tatenda, was said to be in a critical condition.

Tendai’s mother injured her right leg, hand and also received four stitches to one of her ears while the father, Peter Matumba’s injuries were also said to be severe.

The couple’s landlady, Sibisisiwe Nyamachewa, said she was awakened by tank’s noise and screams of the family asking for help. She narrated:

It was around 4am when I heard a loud bang followed by cries of a woman asking for help.

I realised something was terribly wrong but I was shocked by what I saw.

When I got out of (the main house), I realised that the 5000-litre-water tank had fallen on the cottage while neighbours were busy rendering help to the family.

They had managed to retrieve Tendai and were busy trying to give her help. I rushed through the rubble and assisted Tatenda while help was also being rendered to the father.

Provincial police spokesperson, Inspector Margaret Chitove said efforts to ascertain the real cause of the accident were underway.

Mrs Madhishi, the neighbour whose water tank brought misery to Matumba’s family, refused to speak to the media.

Her son, Simbarashe said the tank was installed in May last year and its mounting never showed any signs of weakness.