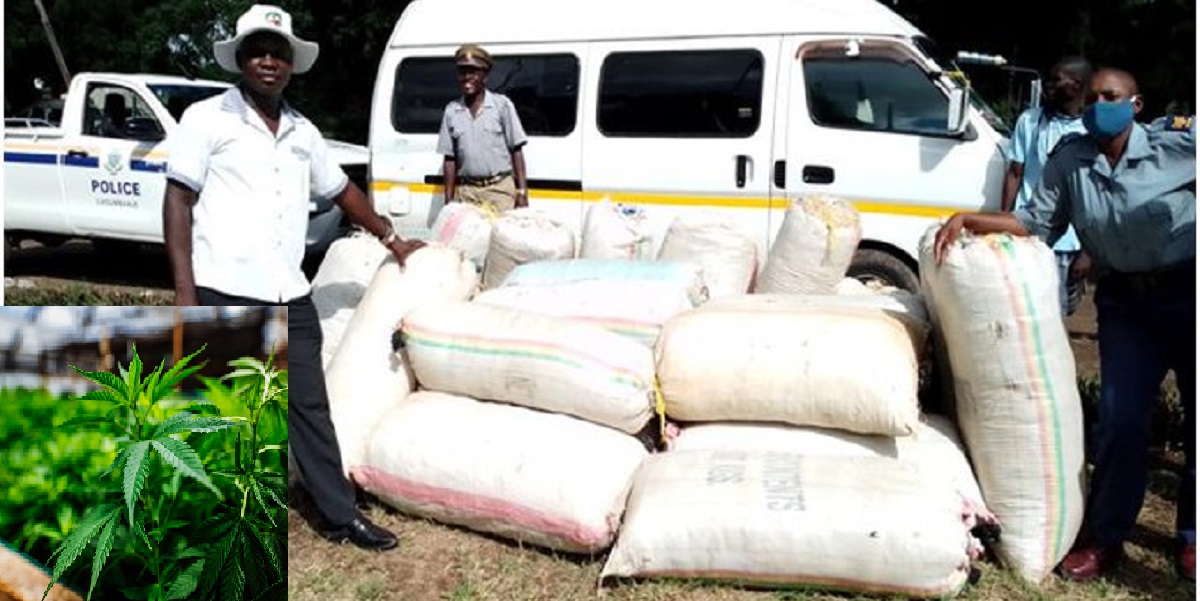 The Zimbabwe Republic Police (ZRP) has confirmed the arrest of three men in Chisumbanje over possession of 2 340 kilogrammes of mbanje (marijuana or cannabis or dagga).

ZPR posted the development via its official Twitter handle on Thursday saying the trio was arrested ambush along the road near Rimbi Business Centre. Read the tweets:

Police made an ambush along the road near Rimbi Business Centre where they arrested the suspects and recovered the dagga.

In 2018, the government, through Statutory Instrument 62 of 2018 (Dangerous Drugs – Production of Cannabis for Medicinal and Scientific Use Regulations) legalised the production of cannabis (mbanje or marijuana or dagga) for medicinal or scientific purposes. The producers must be licensed by the minister.

The SI was misunderstood by some as it was misinterpreted as authorising the farming of the herb for any purposes.

According to the SI, potential farmers were supposed to apply to the Minister of Health and Child Care for farming licences.

A handful of people have so far been arrested since 2018 over illegal possession of the herb.

One Comment on “Chisumbanje Trio Caught With 2.3t Of Mbanje (Cannabis)”