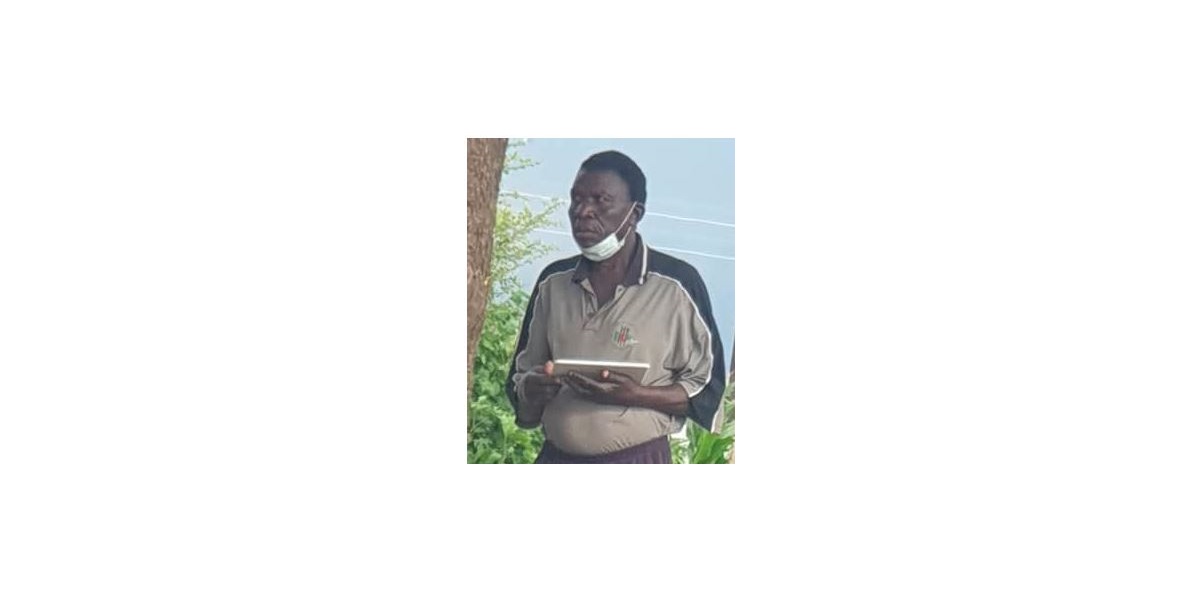 Zimbabwean journalist, Hopewell Chin’ono has posted a picture of Crispen Makedenge, the former head of the Law and Order section in the Zimbabwe Republic Police, and it suggests the man might be having a difficult time. See the picture below.

Hopewell added the caption below:

The 3 times I have been arrested, Mnangagwa’s regime has used Law & Order section. This man is called Crispen Makedenge. He used to head the Law & Order section, torturing opposition politicians like @JobSikhala1, and he even intimidated me. See him today! Brokenness personified

We were electrocuted from toes to the genitals at Kabrit Barracks from 2pm to 6am the following day by this man Makedenge. His accomplices in the crime Garnet Sikhova, Mhashu died miserable deaths. Torture is evil.

Some rebuked Hopewell saying he was now being worse than those who abused him. One Mai Izwi posted:

you are now cyberbullying. that’s stooping lower than those who violated your rights. munhu uyu anogona kurohwa muroad ( he – Crispen Makedenge- might be attacked by members of the public) don’t under-estimate the power of your words #demloot

Another one added that the nation must not celebrate Crispen Makedenge’s state of affairs.

Take no joy in this man’s brokenness… This is what ZANU PF has done to us (for) over 40 years…they’ve taken away our SOUL…This man does not deserve this as much as those who were his victims did not deserve the inhumane treatment they received from him.

Others said the picture must serve as a warning to others that the ruling ZANU PF uses people and dumps them when it is done with them.
The government has always been accused of abusing state security forces – soldiers, police, central intelligence agents – to unleash terror on the general public.
Since 2019, a number of government critics including opposition political activists and human rights defenders accused state security forces of having kidnapped them, claims which the state vehemently denies.
Click here for more on the former Law and Order boss