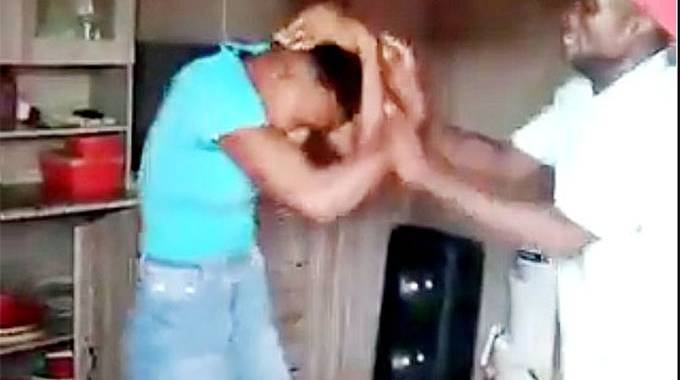 The Zimbabwe Republic Police (ZRP) is appealing to members of the public for information that may lead to the identity of a man recorded in a video that has since give viral on social media platforms bashing his wife.

Police have said they are yet to establish the identity of the people involved, the place of occurrence and when the incident took place. The statement read:

The ZRP reiterates that it is still looking for the victim and suspect as seen in a video circulating on social media, where a woman is being assaulted severely by a man with another woman recording (in the background) whilst urging the victim to confess.

Both the woman and the man have not been identified yet. Investigations have been instituted to establish their identity, place of occurrence and date.

Members of the public are encouraged to supply information at any nearest Police Station.

Some reports had claimed that police in Mashonaland West Province had arrested the assailant and his nephew and wife who were present during the assault.

However, Provincial police spokesperson, Inspector Margaret Chitove said the information about the arrest was false and misleading.