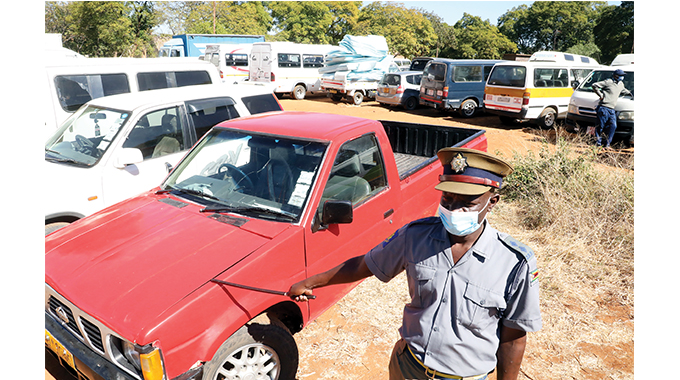 The Zimbabwe Republic Police (ZRP) has reiterated its calls to members of the public not to leave their valuables in unattended vehicles.

This comes after thieves broke into a motor vehicle parked at Fortwell wholesalers in Bulawayo on Friday, 5 February 2021 and stole some valuables.

A 21-year-old man parked his Blue Honda fit vehicle and went into a barbershop, leaving the vehicle unattended. Police said in a statement:

Upon return, he discovered that unknown suspects had broken into his vehicle and stole valuables.

Police investigations led to the arrest of four wanted persons in connection with the offence and several other cases plus recovery of drugs which include bronclear bottles, anawar tablets, generic pharm testoviron depots, holistic thistles and many others.

In another development, police said a couple from Inyathi, Bubi District in Matabeleland North died after eating food suspected to have been laced with poison.

The couple, from Dromoland, started vomiting after eating some prepared food on 4 February.

They were rushed to Inyathi District Hospital where they died upon admission.

The husband has been identified as Nite Sibanda aged 52-year-old but his wife’s identity has been withheld.