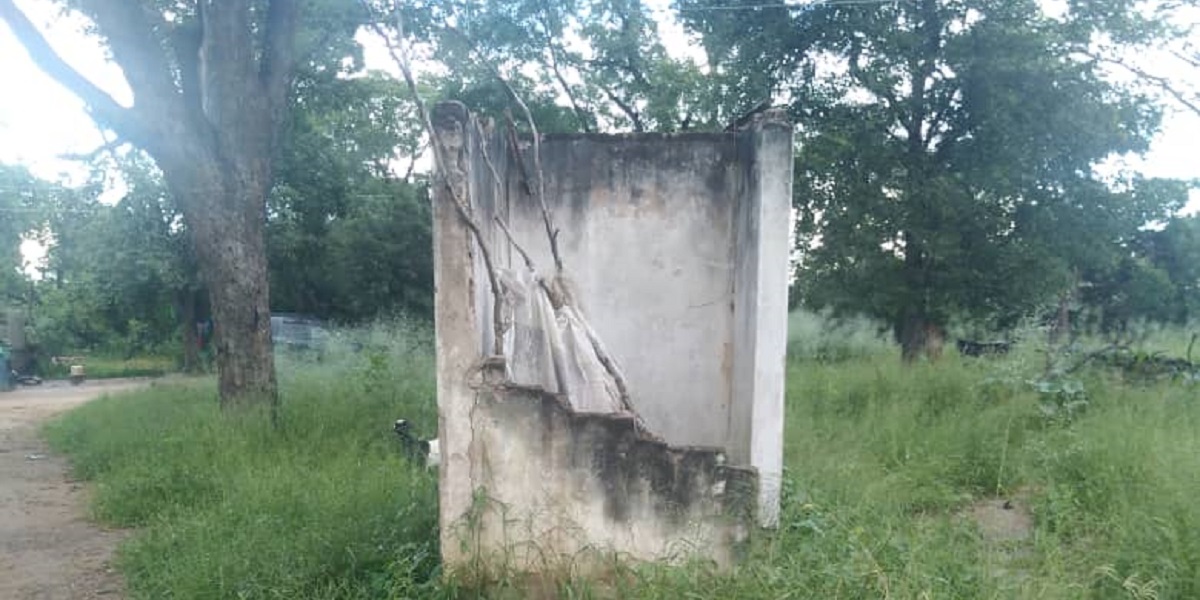 Mutora Mission Clinic, one of the biggest health facilities in Gokwe North, does not have a single operational toilet, staff and local residents say.

The institution used to be the biggest health facility in Gokwe North before the commissioning of the Chinese-built Gokwe North district hospital in 2012.

Reports suggest that there are no functional public toilets at this Roman catholic institute as they are all either full to capacity or are in a bad state to be used.

Mutora Mission Clinic is used as maternity waiting shelter for the district and expecting mothers are seen during the day urinating in public every day. One expecting mother said:

We only use these toilets when we want to pass stool only because they are full to capacity.

Meanwhile, the sole toilet for staff members is also in bad shape. The restroom that was built after a protest by one worker has since developed some cracks. A nurse who spoke on condition of anonymity said:

We do not have a toilet at all here, the ones we have at our homes are all full or dilapidated.

Patients who spoke to this publication said they use council toilets at the bus terminus to relieve themselves. The council toilets are away from Mutora Mission Clinic. One patient only identified as Tendai said:

We are forced to use council’s public toilets since there are no toilets at the clinic. We leave the clinic and walk about 20 minutes to access these toilets.

The state of the restrooms has triggered outrage from nurses at this facility. They have since called for the Catholic authorities to address the issue. An anonymous staff member said:

We are not living comfortably here,they should renovate their houses as promised and build us some toilets. How can we educate patients on the importance of toilets when we do not have them here.

Some have turned guns at the manager of the institution, a primary care nurse called sister Juliana Ndabambi, saying she lacks the requisite qualifications and skills to run the clinic.

Mutora Mission Clinic has more than 24 workers and houses more than 150 waiting mothers at peak.

Authorities are said to have pledged to renovate the 13 dilapidated houses but no action has been taken so far.