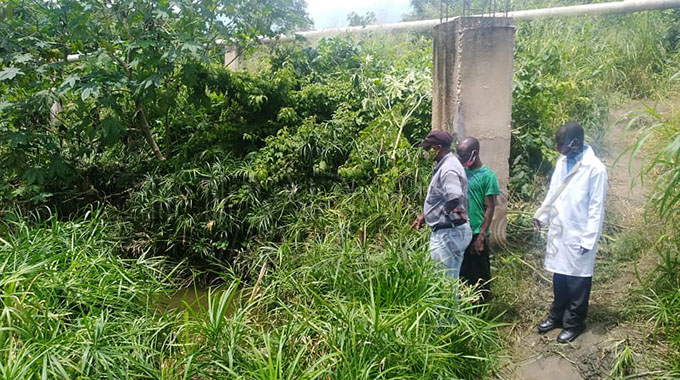 Elias Mazabuko narrates how he dived into a stream in Kariba’s Batonga Township in a bid to rescue or retrieve the body of a four-year-old girl who had been taken by a crocodile at the weekend.

A four-year-old girl from Kariba town died after being attacked by a crocodile and dragged into a pool where the reptile kept her underwater for several minutes.

The victim was being carried on the back by her 10-year-old niece while crossing a stream along a footpath linking Destiny Suburb and Batonga Federation Section.

After the initial attack, the niece escaped with scratches but the four-year-old, who had fallen to the ground, was grabbed on the head and dragged into a nearby pool.

The niece rushed to their home which is about 100 metres away and alerted the elders who promptly descended on the stream and used nets to comb the area.

The residents started throwing stones into the pool and this forced the crocodile to emerge from the water with the girl and later released her.

One of the residents, and neighbour to the family, Elias Mazabuko who had jumped into the pool where the crocodile had emerged and started searching the area. He said:

I just decided to get into the water mindful of the fact that any delays would make it difficult to locate the body. At this stage, I was clear in my mind that there was no chance of getting the girl alive.

When Zimparks rangers arrived, residents had managed to corner the crocodile using nets before striking it with an axe and killing it.

The girl was identified as Trish and her body was taken to Kariba District Hospital mortuary.