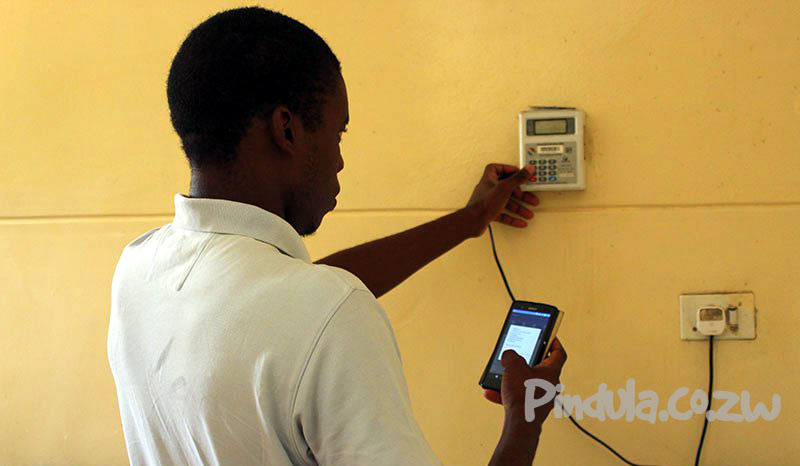 ZRP has announced that 2 people have been arrested for fraud after they reportedly manipulated the ZESA system and illegally bought electricity tokens.

A statement by Paul Nyathi about the fraud case stated that the Kadoma residents sold the token they fraudulently acquired to potential clients before they were caught after ZESA set a trap:

Meanwhile, the ZRP has also arrested Joseph Wagusiwa (36) and Darlington Chiputura (41) for Fraud. Joseph Wagusiwa was arrested in Kadoma after a trap was set and a ZESA electricity token valued at RTGS$1 680.00 (USD14.00) was recovered.

The token had been sold to a potential client through fraudulent system manipulation in the ZESA electricity data process.

He then implicated the second suspect who was responsible for generating the tokens at ZESA Headquarters in Harare and supplied them to the first suspect for sale to the public for their own benefit.

Police would like to warn all perpetrators of Stocktheft and Fraud that the long arm of the law will always catch up with them. 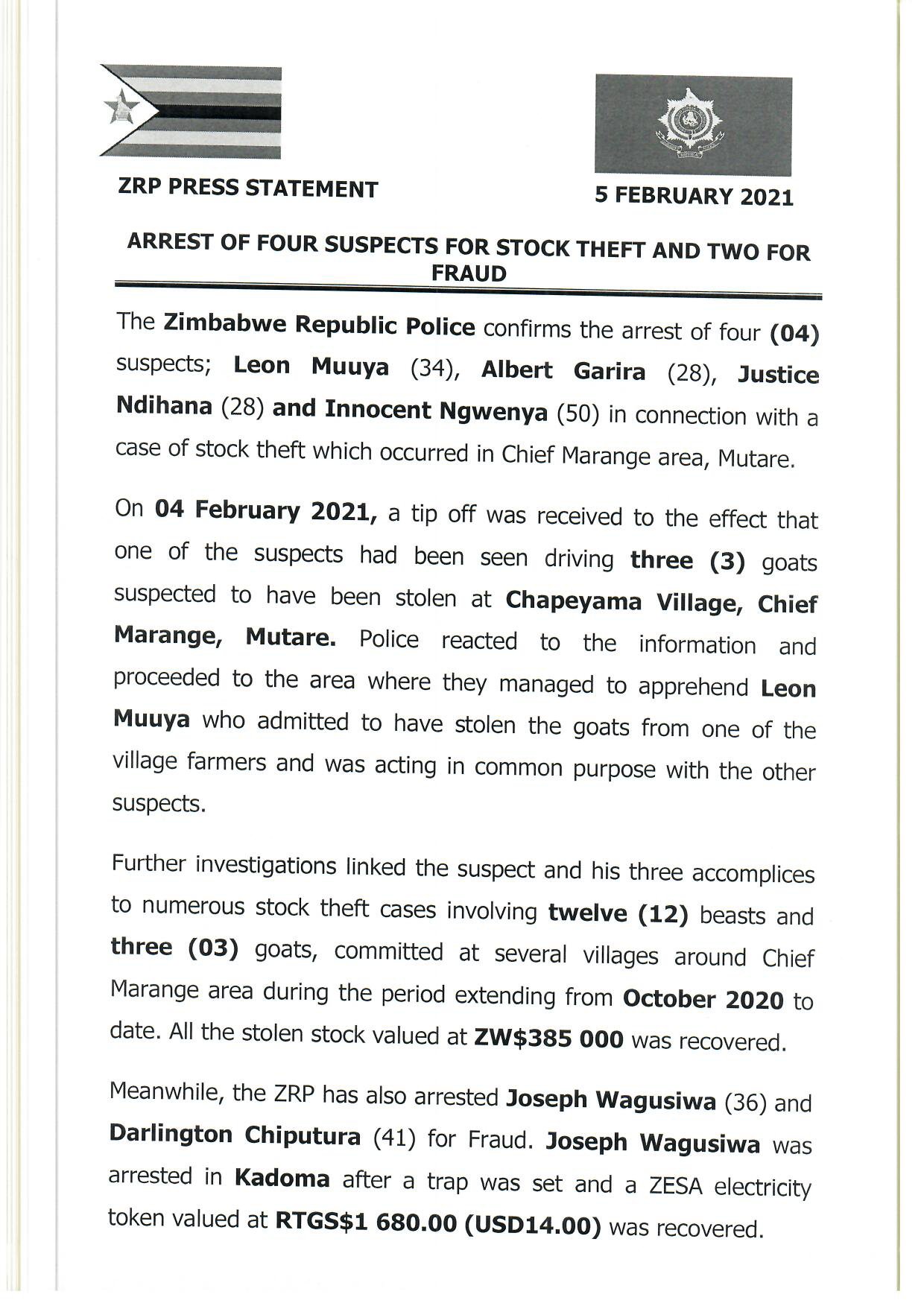 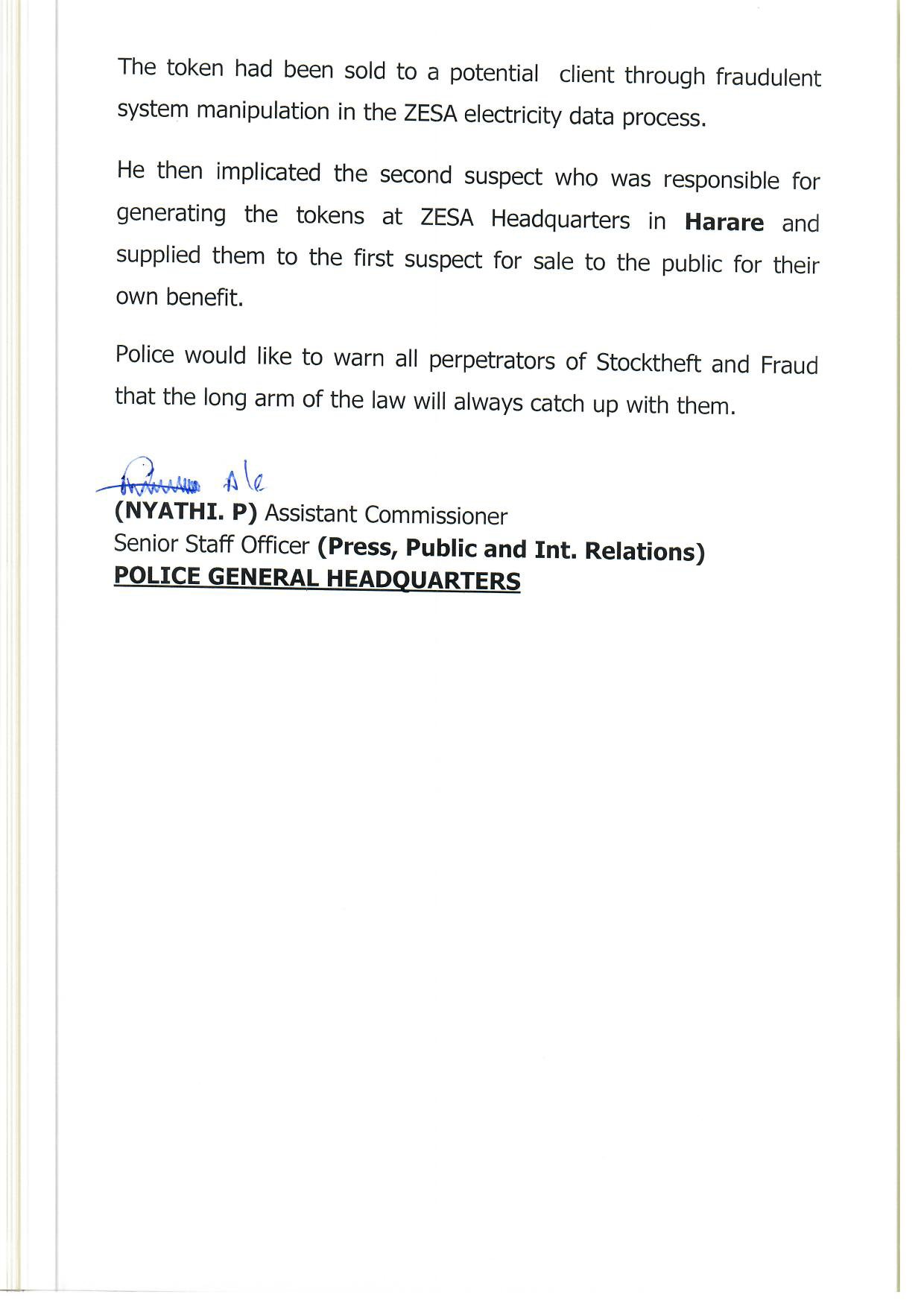