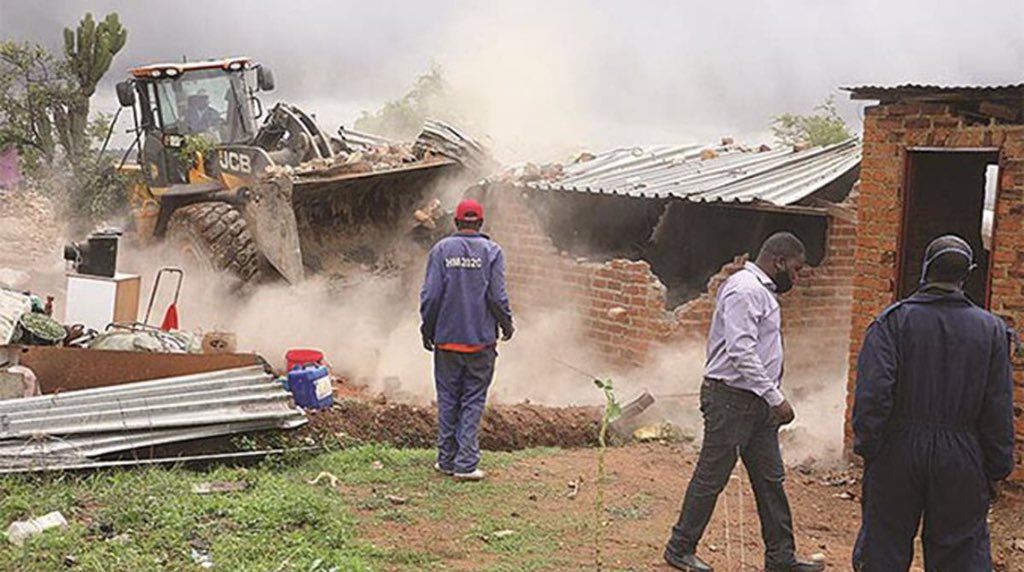 Vice President Constantino Chiwenga has said all illegal structures that do not meet approved standards will be demolished and the land barons that parcelled out the land to the home seekers should compensate those who will be affected by the demolitions, The Herald reports.

The Vice President was speaking at a stakeholder meeting on unlawful and irregular human settlements in urban areas in Harare when he said demolitions of illegal structures will continue:

….Over the past years, the lawlessness in urban settlements has resulted in undesignated land being illegally taken for housing, resulting in the establishment of illegal settlements that are often unplanned, irregular and do not meet approved standards.

Such structures will have to be demolished and cleared from spaces which are either environmentally sensitive or which were originally designated for uses other than residential ones. As I said, restitution to unsuspecting home-seekers will come from the criminal land barons who authorised such settlements.

The address by the Vice president came after President Mnangagwa’s address on Thursday when he said the issue of preserving wetlands was at the top of his priority list since he came back from his month-long vacation.

The vice president during the same meeting also said land barons who duped home seekers of their money will be made to compensate them apart from facing their day in court.

Demolitions in Budiriro during the onset of the rainy season last year caused a public outcry and the local government had to suspend the demolitions till the end of the rain season.