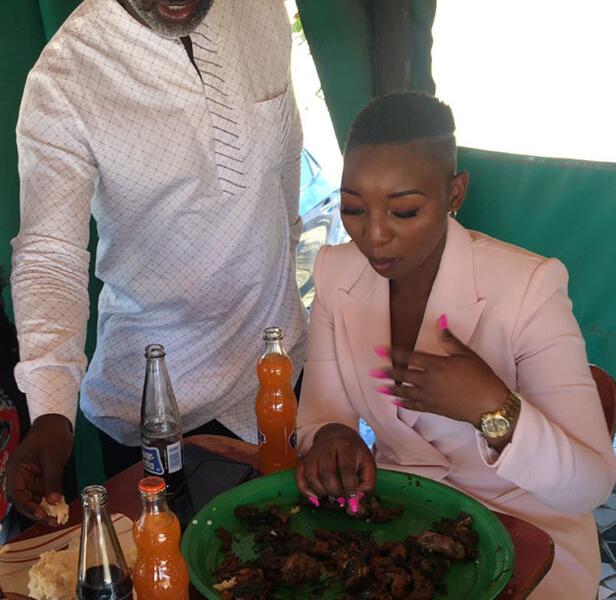 Susan Mutami who has been trending for claiming Temba Mliswa is engaged in homophobic affairs and is seeking to end July Moyo, has reportedly made sensational claims that she has a son with the late Foreign Affairs minister Sibusiso Moyo, ZimLive reports.

The publication further alleges that they are in possession of chats in which the Australian based philanthropist claimed she got some cash when the late former army general died. Zimlive reported that:

After Moyo’s death last month from Covid-19, Mutami sent a message to Mliswa claiming that three friends of the former army general had delivered “three sets of US$10k for Tendai,” her four-year-old son.

The money, she claimed, was delivered by “SB’s best friend” identified only as Moris, “who is at the Reserve Bank of Zimbabwe’s Financial Intelligence Unit” and “used to be CEO of ZMDC.” A picture accompanying the WhatsApp message is that of Moris Mpofu, once the director of exchange control at the RBZ, now a non-executive director at ZIMRA.

Mutami claims Tendai was the product of a 12-year affair with Moyo, who was married to Zimbabwe Anti-Corruption Commission boss Justice Loice Matanda-Moyo.

The publication further alleged that Mutami claimed that SB Moyo was her first love and a generous man who would do all sort of things for their alleged child:

” Sibusiso himself was there for Tendai’s first ultrasound. He flew me to Singapore so he could see his son, leaving his work while he was still at KG6,” Mutami fumed.

Describing Moyo as “my first love” and “the man that took my virginity,” she said he was also generous, covering the rather huge bill for her baby preparation, including sending her a helper for six months after the child was born.

She claimed Moyo had given her a house for Tendai before his death. Weeks earlier, she had told Mliswa in another WhatsApp message that “I have my own multi-million-dollar properties that are fully paid for, you can ask Sibusiso because he paid for them.”