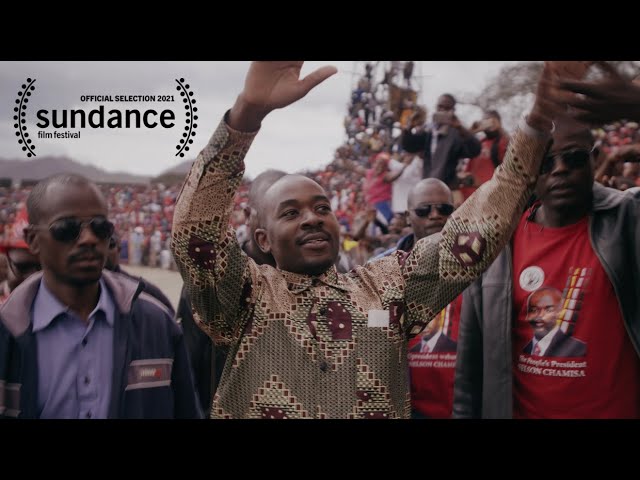 Eric Kohn has taken the time to review the documentary film President produced by Camilla Nielsson that premiered at the 2021 Sundance Film Festival in Arizona last week that looks into the 2018 harmonized elections.

…..Those events fill the frantic, infuriating two-plus hours of hectic campaigning in “President,” director Camilla Nielsson’s probing look at the passion and uncertainty of working to preserve an ideal when the ruling party can discard it at will. If these recent events are new to you, it’s an essential recap of dark times.

Aping the busy assemblage of lively meetings and speeches found in much of Frederick Wiseman’s work, Nielsson captures the complexity of a system constantly on the verge of collapse, but sustained by the persistent desire to keep it alive. The dense footage doesn’t always result in a fully engrossing narrative so much as provide a robust overview of events many of its audiences obviously didn’t follow in the first place. It’s less thrilling than exhaustive, a kind of informational activism in feature form. And as documentary service journalism, the movie delivers everything you need to know to recognize the troubling state of Zimbabwe’s current rulership and how close it came to setting things right.

That’s because Chamisa worked the crowds with Obama-like momentum, cycling through ebullient young voters eager for change, while spending tireless hours in boardrooms with his hardworking staff. Yet as he tinkers with every detail of his message, talking through tiny details of his message like music cues in online advertisements while listening to the nuanced arguments of his team, a profound threat overtakes his momentum: At the apparent behest of Mnangagwa, the Zimbabwe Electoral Committee evades pressure for transparency around the vote, and the alarm bells grow as Chamisa gains in the polls but has no guarantee he’ll win.

“President” becomes a much different movie in its third act, and a better one, once that election actually takes place and anyone who can read realizes that the numbers don’t add up. “This is a coup,” Chamisa tells his team plainly, as they hover in a hotel room, uncertain how to fight back. But as Nielsson’s camera watches their expressions, it’s clear that they’ll think of something to keep the battle going.

Access is key to carrying “President” along, though it doesn’t offer much insight into Chamisa’s personality or drive, taking his heroism for granted as he works hard to get elected. That makes for a rather dry slog toward election day, but once that moment passes and the ruling party basically steals the outcome, his fighting spirit takes on a profound, bracing quality as tensions mount nationwide. The backlash culminates with a terrifying protest in which military intervention results in the loss of lives, and Nielsson captures the bloody action on the streets in unflinching detail. Shortly thereafter, her camera roams the harrowing scene at a Chamisa press conference that very nearly takes a violent turn when the police attempt to shut it down. Hovering on the brink of another tyrannical takeover, “President” will resonate for any viewers for whom the idea of corrupt elections is still raw. (Read: America, you dodged quite the bullet.)

It’s hard not to consider the sort of movie that might have arisen from foregrounding these events up top, as they set the stage for the complex judicial showdown that followed, and the movie’s best scenes. With human rights lawyer Thabani Mopofu taking charge, Chamisa’s party challenged the results in a tense courtroom showdown that gripped the nation. It’s here that “President” coalesces into an absorbing legal thriller that demonstrates the thorny processes involved in fighting for fair elections.

Difficult by design, the rules don’t slow down a very compelling case, even if it reaches a tragic finale. Chamisa speaks truth to power even when contending with defeat, which lends a rousing quality even in the bleaker passages of the finale, as well as proof that this story is far from over. Technically a sequel to Nielsson’s 2014 documentary “Democrats,” which explored the messy birth of Zimbabwe’s constitution, “President” could just as easily have used the same title. Democracy, after all, is always a work in progress  and “President” leaves the impression that Zimbabwe’s work has a long way to go. Part three can’t come soon enough.

The film was once banned in Zimbabwe before the court overturned the ban. Zimbabweans are yet to watch the documentary after its trailer went viral on social media last week.