The Zimbabwe dollar has slightly lost value against the United States Dollar on the Foreign Exchange Auction conducted today, 2 February 2021.

In total, US$36.3 million was allotted this week with the bulk of the allotment (US$15.7 million) going to raw materials.

Of the 220 bids received on the Small to Medium enterprises forex auction, 23 were disqualified while 197 were accepted.

On the main forex auction, a total of 325 bids were received, 46 disqualified and 279 were accepted.

NB: not all accepted bids were allocated funds in the second week running 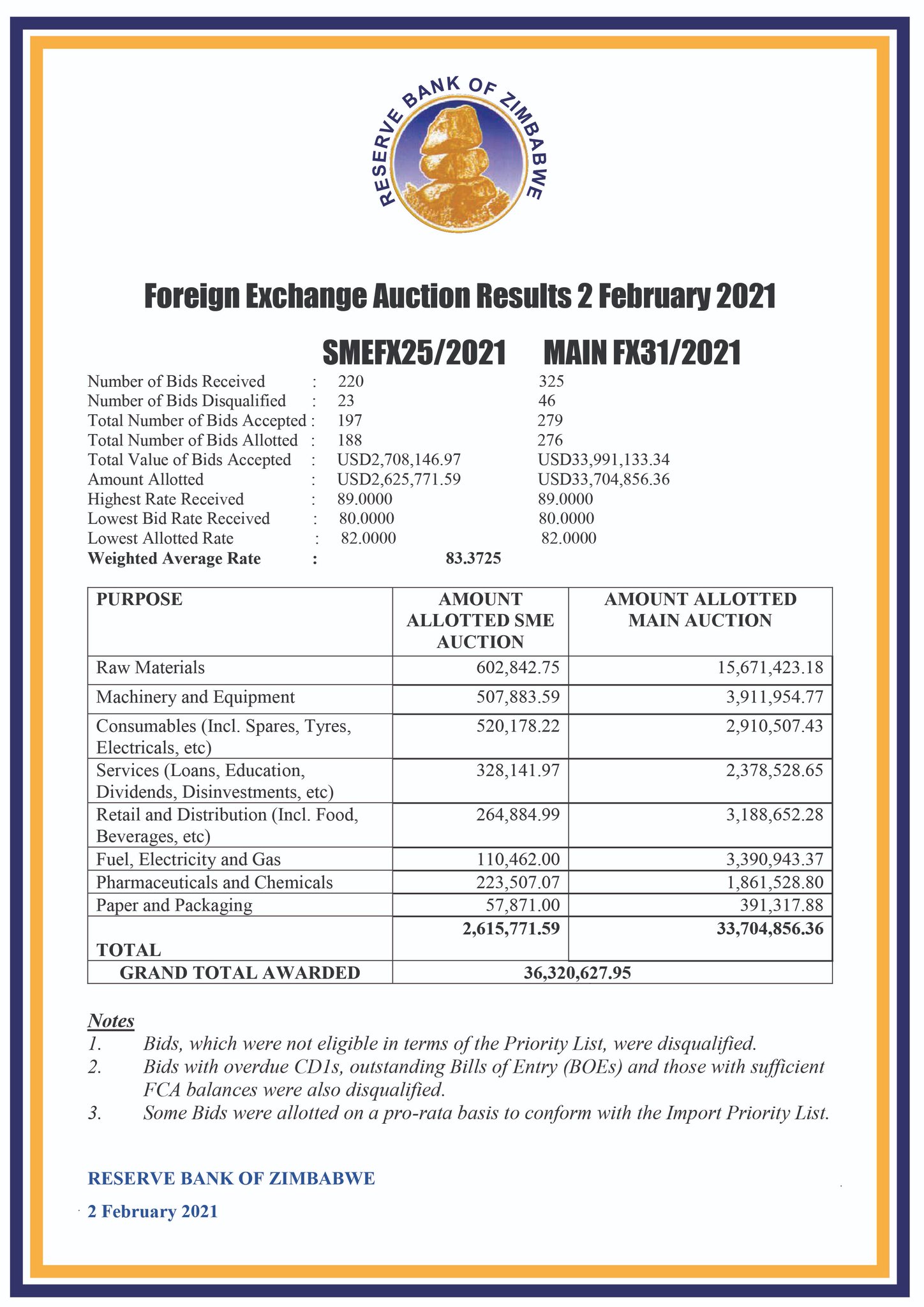