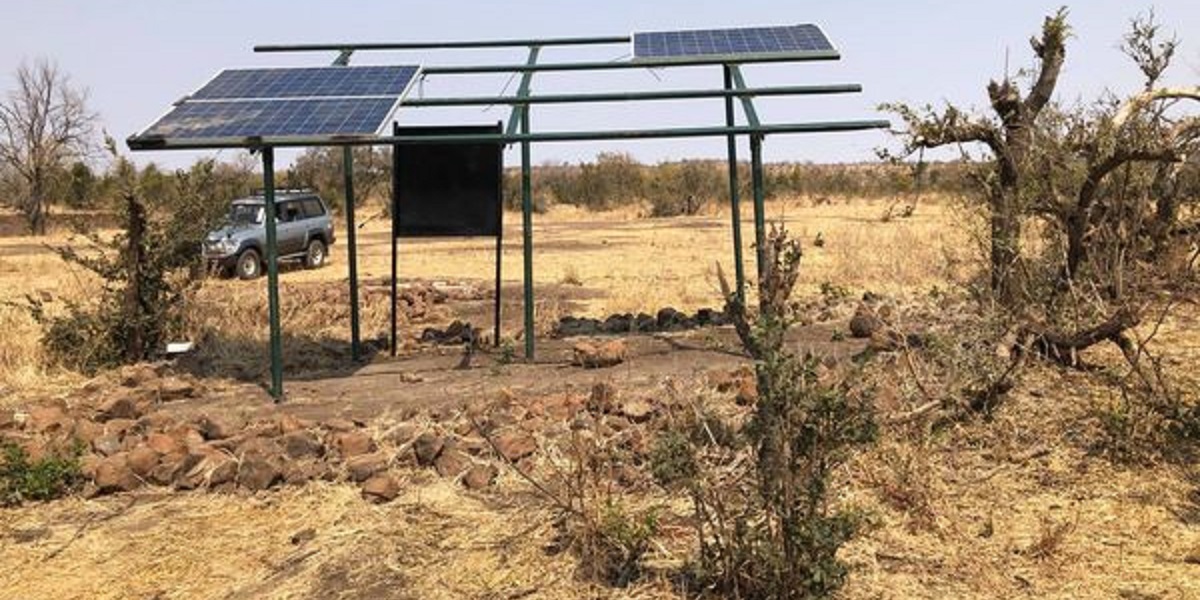 Bhejane Trust has said thieves from Zambia vandalised and stole some of its solar panels along the upper Zambezi region. Bhejane Trust is a leading Zimbabwean wildlife conservation group that runs various game water programs throughout Zambezi National Park, Kazuma Pan National Park, and Sinamatella and Robins Areas, Hwange National Park. Below is the Trust’s statement.

It is very disheartening and distressing to drive up to a solar panel array and see it has been vandalised and panels missing! And just when you think you have everything under control!! There is a very determined gang of Zambian thieves, armed with crowbars and hacksaws, who have been raiding and stealing panels and pumps along the upper Zambezi region, including on the Chamabonda Vlei. They use a combination of cutting with the hacksaws and brute force with the crowbars to break the frames holding the panels. However our panels are all bolted to the exterior metal frames so they cannot get the panels without breaking the actual panel frame. which destroys the panel.

They hit us again in January at No 3 – they smashed four panels trying to remove them, and tried to get the pump but dropped it (see below). Although they caused considerable damage, they left empty-handed for all their effort. They then hit Chamabonda 2 and again left empty-handed, completely cutting up the lower frame of the two but breaking up the panels in trying to get them out. We have now put in even more reinforcing!! On an adjoining property they put the panels on top of towers – the thieves made bush ladders to get up and steal the panels!!

We know the villages the thieves come from, we have some names, and you can guarentee all the villagers in Zambia along the river frontage know what is going on. One good, honest investigator in Zambia could stop all this stealing instantly, but unfortunately, it seems such a person does not exist that side of the river. The Zambians consistently fail to cooperate on issues of theft and poaching along the Zambezi