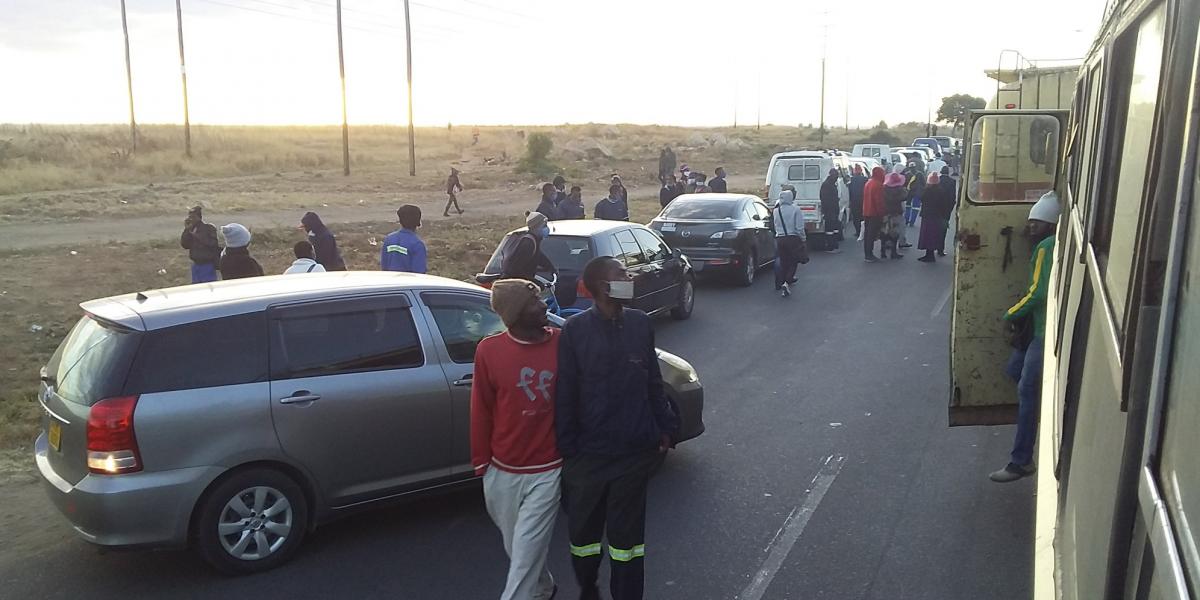 The government is seemingly losing the battle against kombi crews who are operating in violation of COVID-19 containment measures as corrupt police officers collude with the errant drivers and conductors to break the law.

The Zimbabwe Republic Police (ZRP) has vowed to weed out the corrupt officers from its ranks following a report of rampant corruption by armed law enforcement officers at a police checkpoint along the busy Simon Mazorodze road. National police spokesperson Assistant Commissioner Paul Nyathi said:

We do not condone any corrupt activities by members of the police services; it is a dismissible offence. We will conduct investigations into the matter.

As you are aware, we have been arresting some rogue police officers who are found to be operating outside of the confines of the law.

The government banned private passenger vehicles in March last year as part of measures to curb the spread of the coronavirus.

Only kombis registered under the state-run Zimbabwe United Passenger Company (ZUPCO) franchise are allowed to operate.