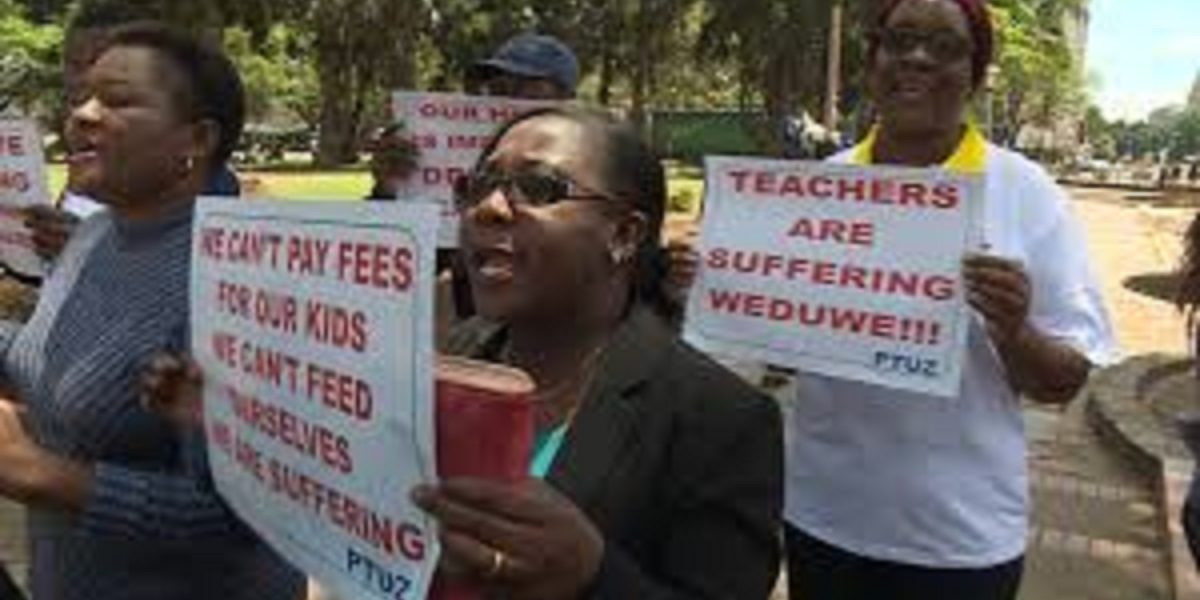 The Progressive Teachers Union of Zimbabwe (PTUZ) is pushing for teachers’ salaries to be paid in United States dollars following the promulgation of Statutory Instrument 32 of 2021 which empowers the Zimbabwe National Road Administration (ZINARA) to collect toll gate fees in foreign currency.

The statutory instrument gazetted yesterday gave authority to ZINARA to collect toll fees denominated in US dollars and converted at auction rates.

The PTUZ has warned the government that they will not accept any new salary offer that does not restore teachers’ salaries to their value before the re-introduction of the local currency. The union said via Twitter:

We note that the government, local government authorities and agencies such as ZINARA have essentially restored charges to their USD values of 2017.

We call on the government to restore our salaries to the same level with effect from January 2021.

We won’t be a party to any agreement that wavers from this position.

A fortnight ago the government announced the reintroduction of the US$75 a month COVID-19 allowance for all civil servants which will be paid in the local currency equivalent at the prevailing formal market rate.

However, teachers have consistently been demanding for the restoration of their pre-October 2018 salaries of about US$550 per month.