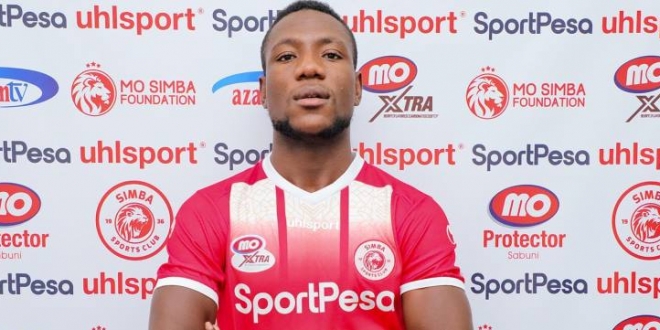 The defender, who has signed a six-month deal from Highlanders Football Club, will battle for a place in the first team with Joash Onyango, Ibrahim Ame, Paschal Wawa and Kennedy Juma at the Tanzanian club. Muduhwa said:

I know that Simba are a great team and have strong defenders but I will fight to get numbers in the CAF Champions League matches.

It will not be an easy task but it is possible by fighting and adding effort to practice.

I believe I will get a place in the first team and I will do my job seriously.

Muduhwa joined Simba from Cameroon where he was one of the players making Zimbabwe national team which took part in this year’s African Nations Championship (CHAN).

The Warriors played three matches in Cameroon, losing all their Group A matches.