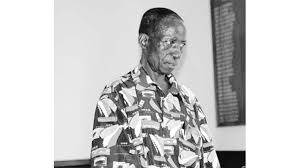 Nkomo, who died on Sunday afternoon, will be buried at Nkulumane Provincial Heroes Acre in Bulawayo this Thursday.

This was confirmed by a family spokesperson, Mandla Nkomo while speaking to CITE on Wednesday. He said:

The programme is now clear. We were still waiting for the leadership to say what kind of status will be accorded to the late Zephaniah Nkomo.

A decision was taken this morning that he will be declared a provincial hero.

What this means is that he will be buried at the Nkulumane Provincial Heroes Acre tomorrow (today) at 10 am.

The programme will begin at his home, which is Number 8 Joan Road Lobenvale where there will be prayer at 8 o’clock after which we will leave for the burial. These are the arrangements so far.

The late Zephaniah Maiwana Nkomo was born in Ntoli Communal Lands in the then Bulilima-Mangwe District on 1 May 1951.

After completing his O’ Levels at Bulawayo’s Msitheli Secondary School, he worked at the Supersonic factory in Bulawayo but later left his job for Zambia to join the liberation struggle in 1977.

In their condolence message on Tuesday, the Matabeleland Forum said Nkomo’s love for Matabeleland and his commitment to attempting to better the lives of ZIPRA cadres was beyond doubt.