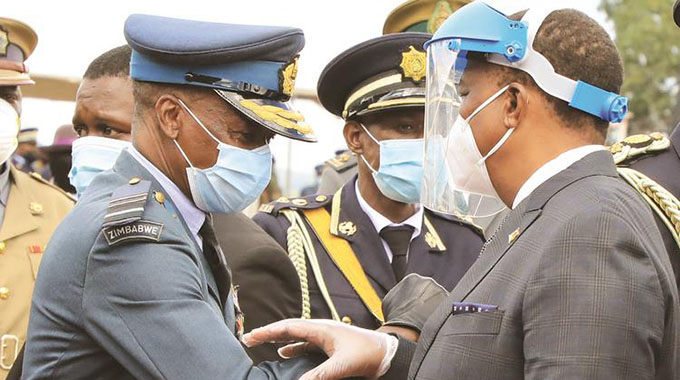 Acting President and Health and Child Care Minister Constantino Chiwenga on Wednesday said Zimbabwe is in the process of acquiring the COVID-19 vaccines in the fight against the viral disease which he described a “ruthless juggernaut”.

It is a ruthless juggernaut that leaves a trail of despair and desperation. But we will eventually conquer it and prevail as a people.

Government is already in the process of acquiring the necessary vaccines for this pandemic.

Let us continue to observe the laid down protocols as stipulated by the World Health Organisation and our national laws.

I wish to reiterate the need to always mask up, sanitise and maintain social distance.

These are key imperatives in this fight against the pandemic and have no substitute.

Moyo, who was the Minister of Foreign Affairs and International Trade died at Arundel Medical Centre on Wednesday last week.

Matiza was the Minister of Transport and Infrastructural Development portfolio and Zimondi was a former Commissioner General of the Zimbabwe Prisons and Correctional Services (ZPCS). They both died on Friday.