The Meteorological Services Department (MSD) has issued the following weather forecast and warned residents of Mashonaland East and West, Midlands, Matebeleland North, Harare, and Bulawayo to expect thunderstorms between today and Saturday 30 January 2021.

Said the MSD in a statement:

It should be mostly cloudy with afternoon and evening thundentornis in Bulawayo Metropolitan, Matabeleland North, Mashonaland East, northern areas of Midlands, Harare Metropolitan into Mashonaland West Province. The rest of the country (Matabeleland South, southern parts of Midlands, Massing°, and Central into )Ianicaland) is expected to be partly cloudy with isolated showers which could be thundery in places. 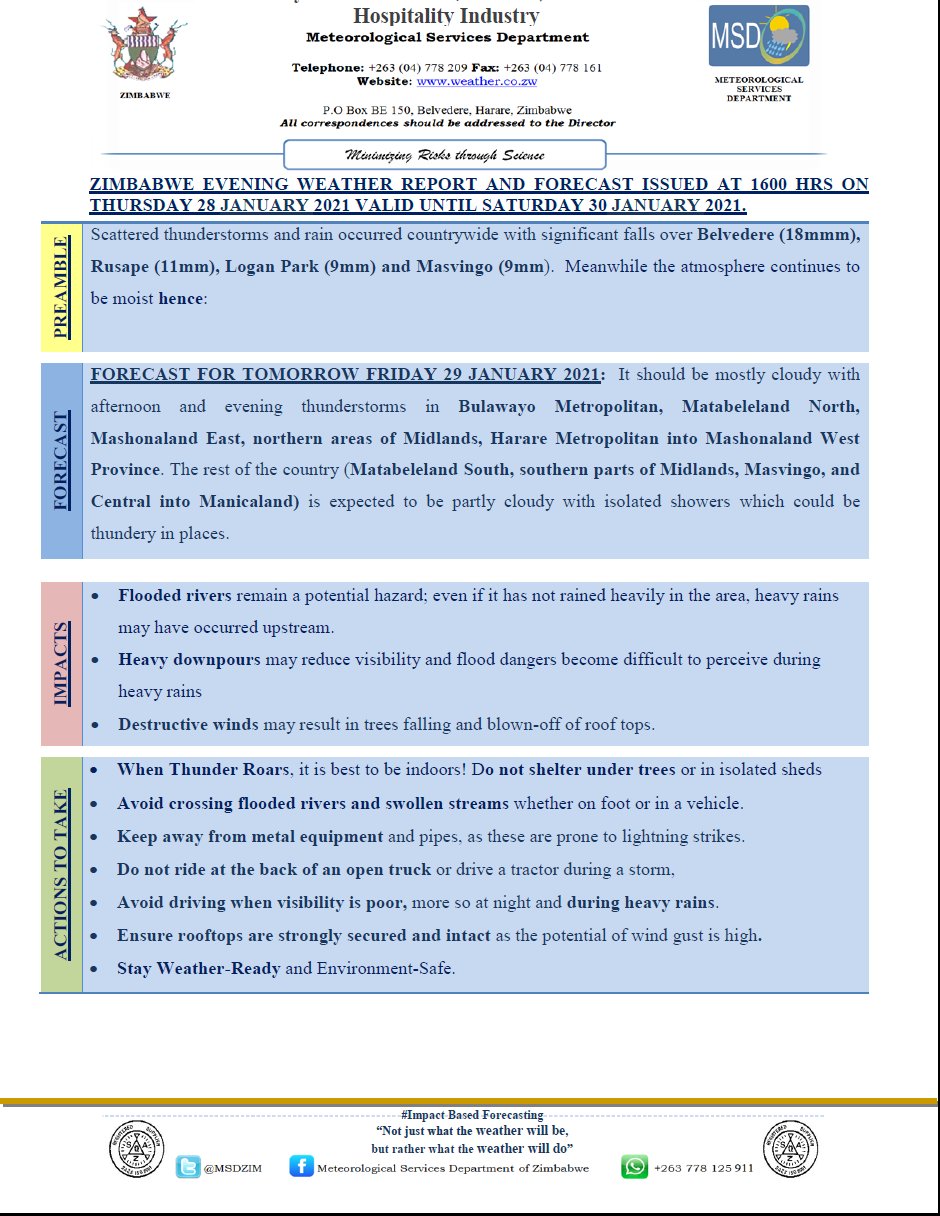