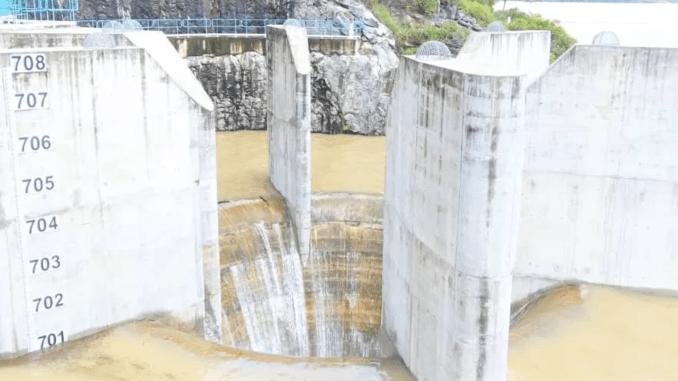 Some villagers settled downstream of Tugwi-Mukosi dam, Zimbabwe’s largest inland water body, have rejected the government’s proposal to relocate them as there are fears that they could be swept away by floods.

This comes after the dam reached 100 per cent capacity and started spilling on Saturday putting the lives of about 800 families at risk.

According to the Zimbabwe National Water Authority (ZINWA), Tugwi-Mukosi dam was 100 per cent full with a discharge of 20 megaliters per second as of January 24.

Permanent secretary in the Ministry of Information, Publicity and Broadcasting Services Ndavaningi Mangwana said only 124 families out of 800 have expressed willingness to be evacuated.

Masvingo Provincial Development Coordinator (PDC) Jefter Sakupwanya said only 50 families had moved while negotiations are still underway for the remaining ones.

Sakupwanya added that the families willing to be evacuated are however against the idea of being sent to evacuation centres saying they are afraid of contracting the coronavirus. They said they would rather stay with their families. Said Sakupwanya:

We have so far managed to move 50 families to safe places but we are having serious challenges with others who are refusing to move.

There are a lot of reasons being cited but what we are concerned about at the moment is the safety of our people.

Some families are saying the government failed to honour its obligation to compensate the 2014 flood victims but that is not accurate.

Compensation was paid, though it took time for some families to receive their shares.

The 2014 Tugwi-Mukosi national disaster became a national embarrassment and humanitarian crisis after the government failed to cater to the needs of the affected families.