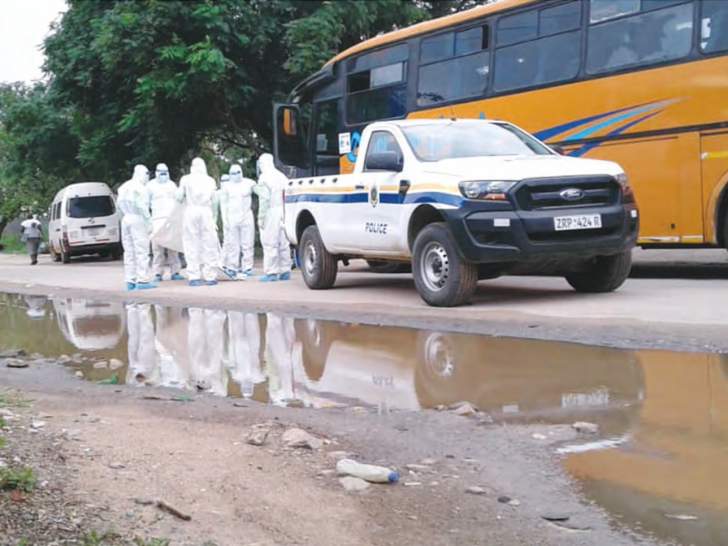 A passenger aboard a Devine Star Logistics bus which was coming from Johannesburg, South Africa, died in Beitbridge on Monday sparking fears other passengers of contracting coronavirus.

The man, who was identified as Shingai Ndlovu, was pronounced dead on arrival at Beitbridge Hospital.

He had spent several hours on the bus which was full of other passengers and reports suggest that he was visibly ill when he boarded the bus in South Africa.

We collected the body from the bus, but all issues pertaining to health are best responded to by health authorities.

Ndlovu’s wife told NewsDay on Monday that the now deceased has breathing difficulties and had been ill for some time.

Some of the passengers who were on the bus accused the bus crew, health officials and the police at Beitbridge Border Post of negligence. A passenger said: