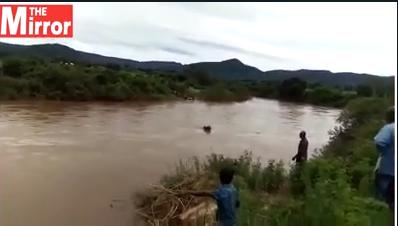 Daring Nyanga villagers reportedly had to improvise and find a creative way to bring a dead body back to Zimbabwe after a local man died in a motorcycle accident in Mozambique.

According to Masvingo Mirror, the villagers floated the dead man’s coffin through a flooded Gairezi River for burial in Zimbabwe. The video below shows the villagers crossing the flooded river with the coffin.

This comes a few weeks after the government imposed restrictions on the movement of dead bodies. The government said bodies are not to be transported to rural areas for burial in order to curb spreading COVID-19.