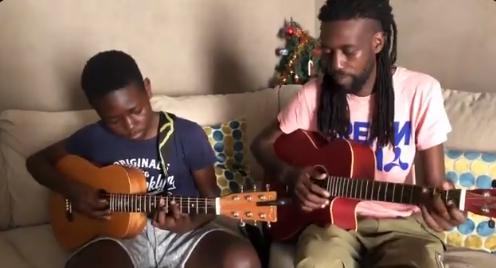 Oliver “Tuku” Mtukudzi‘s grandson, the son of his daughter Selmor Mtukudzi is seen in the following video playing the guitar with his father. Mtukudzi who succumbed to diabetes on 23 January 2019, was a talented musician and a commendable guitarist. In the video below his son-in-law and his grandson are seen playing one of his songs Hear Me Lord.

My son has been bugging me for a youtube channel of his own and I have been putting him off in the hope of protecting him from this harsh industry. Do you guys think he is ready?#HearMeLord #TukuMusicLivesOn pic.twitter.com/UrGg8YJBEm