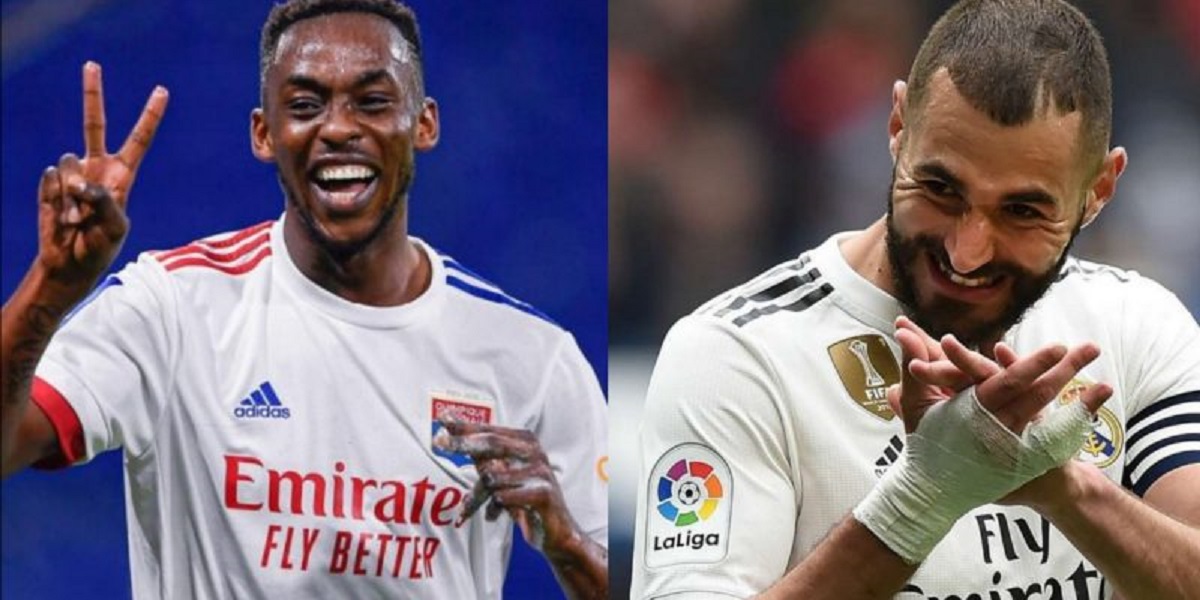 Karim Benzema had posted on Twitter wishing his former club, Lyon and Tino Kadewere in particular, good luck in their match against St Etienne. He said:

Lyonnais tonight you can make a whole city proud and happy. We are all behind you, and Tino keep making your dreams come true.

The former Harare City forward scored a brace in the fierce derby taking his goal-scoring tally in his debut season in Ligue 1 to 9.

After the match, Kadewere said he had been touched by Benzema’s support and reaffirmed his intention of playing alongside the Madrid star striker one day. He said:

Unfortunately, I don’t have Twitter, but if I had seen this before the game, then I’m sure I would have scored more goals because getting a tweet from such a big player and someone I look up to really gives me motivation, so I’m really happy that one of the strikers that made me sign for Lyon is following my progress and happy with what I’m doing. That gives me confidence also and I really want to thank him for the belief and the support.

Play with Karim Benzema at OL or join him in Madrid? Regardless, playing with him would be a dream come true.

Kadewere has previously stated his desire to emulate Benzema, who is regarded as a Lyon hero after he scored 43 Ligue 1 goals for the club before his departure to Real Madrid in 2009.

I am on social media to see how he lives, trains. To be honest, that is one of the big reasons I signed for Lyon. My career is on the right track, but I don’t have to rest. I’m in a big club, one of the best in the world, but if I keep going, why not go even higher? You never know, one day, I might be like Benzema.