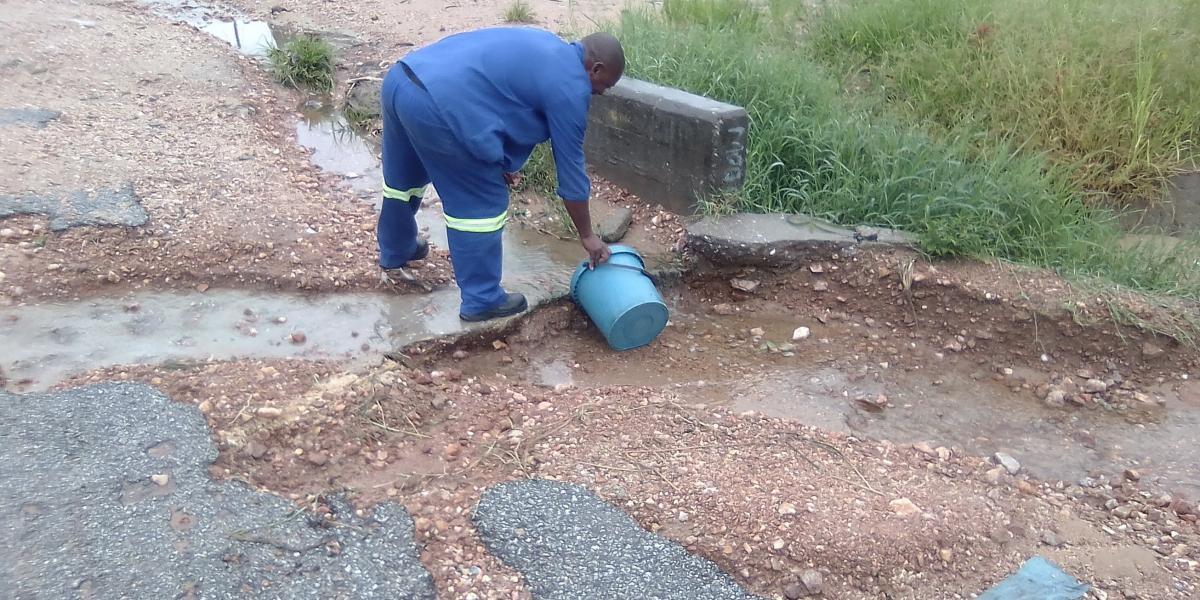 Roads in Masvingo urban have become so damaged that some residents in Rujeko C are reportedly fetching water from the deep gullies, Tell Zim reports.

According to the publication, motorists with powerful 4×4 vehicles are the only ones who can use some of the roads which now have deep gullies:

Roads in much of Masvingo Urban are so bad that residents are fetching water in the deep gullies that have formed. Only powerful 4×4 vehicles can navigate along them. A man is seen here fetching water from one of such roads in Rujeko C.

2 comments on “Masvingo Residents Fetching Water Out Of Potholes – Report”