The government has denied reports that Vice President Chiwenga is not feeling well and he was airlifted to China. This was contained in a scathing warning that was published by the home affairs department which ordered members of the public to stop publishing falsehoods.

Part of the statement that rebutted the reports that VP Chiwenga is in hospital stated that:

Government has noted with deep concern, recent developments where mainstream media, social media and individuals are spreading falsehoods on how the Covid-19 pandemic has affected the nation’s leadership.

It is unacceptable and unethical to publish falsehoods in a democratic society.

Some of the falsehoods that have been peddled include suggestions that the Honourable Vice President General Rtd. Dr. Constantino G.D.N Chiwenga was unwell and had been airlifted to China for medical treatment

Honourable Vice President Col Rtd K.C.D Mohadi was equally said to have been indisposed and recuperating at home.

The statement further warned people against publishing falsehoods because it supposedly spreads alarm and despondency to the said people’s families:

Around midnight on 22 January 2021, the Deputy President of Senate, Lieutenant General Rtd Mike Nyambuya was reported through social media, to have succumbed to Covid-19 related complications.
Many other prominent personalities, including the Zanu PF National Political Commissar Cde Victor Matemadanda and the ruling party’s Secretary for Finance, Cde Patrick Chinamasa were also subjected to similar falsehoods.

Let us be reminded that such acts, have the effect of causing alarm and despondency, not only to the individuals affected and their families, but to the nation as a whole. This has a destabilising effect at a time the nation is grappling with the Covid-19 pandemic.

Members of the public are urged to desist from such tendencies that infringe on other people’s rights and cause unnecessary distress and anguish among the people affected. 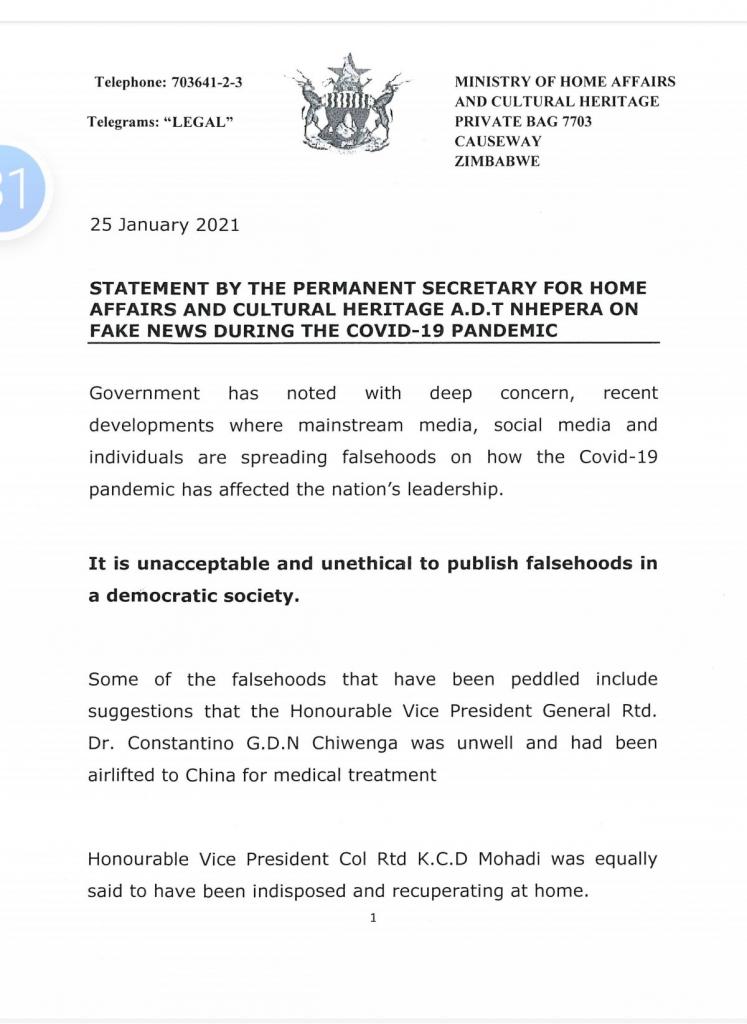 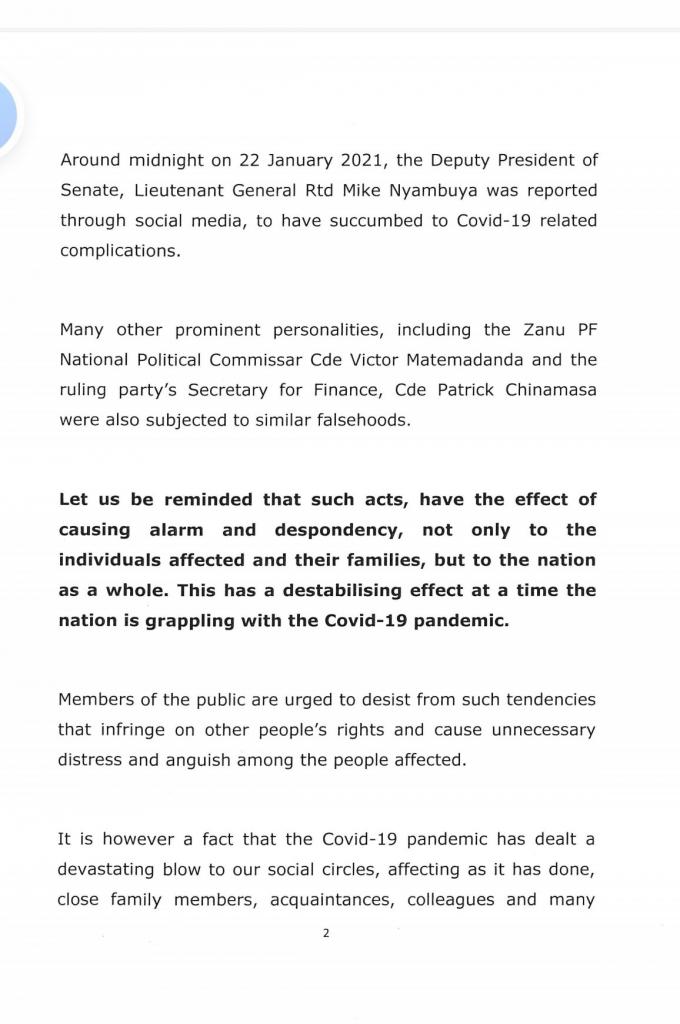 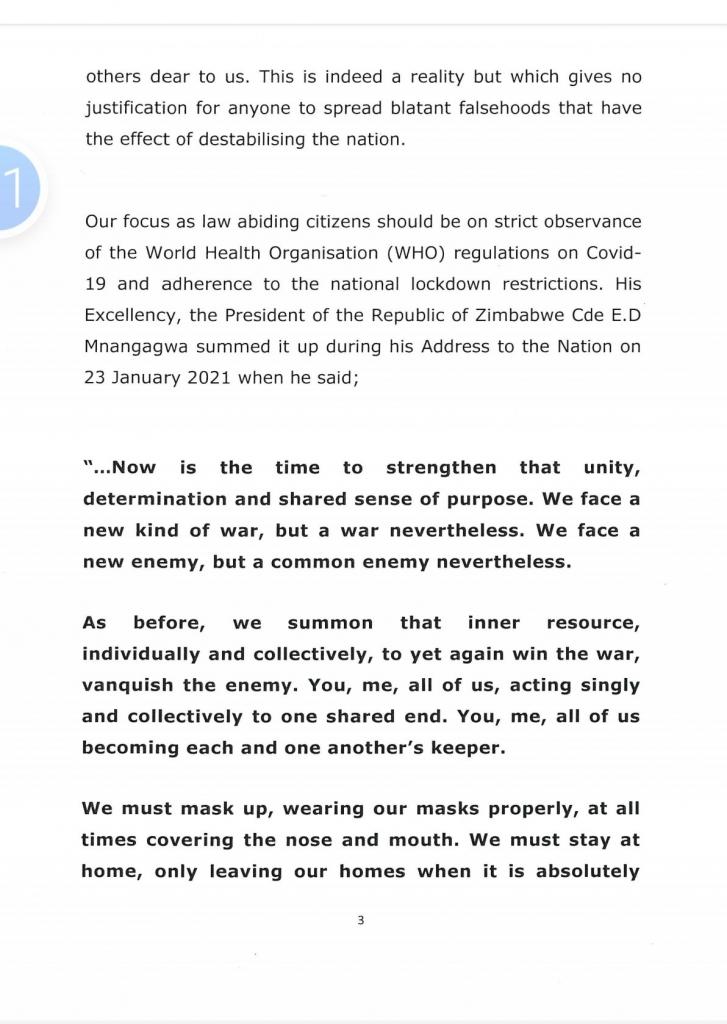 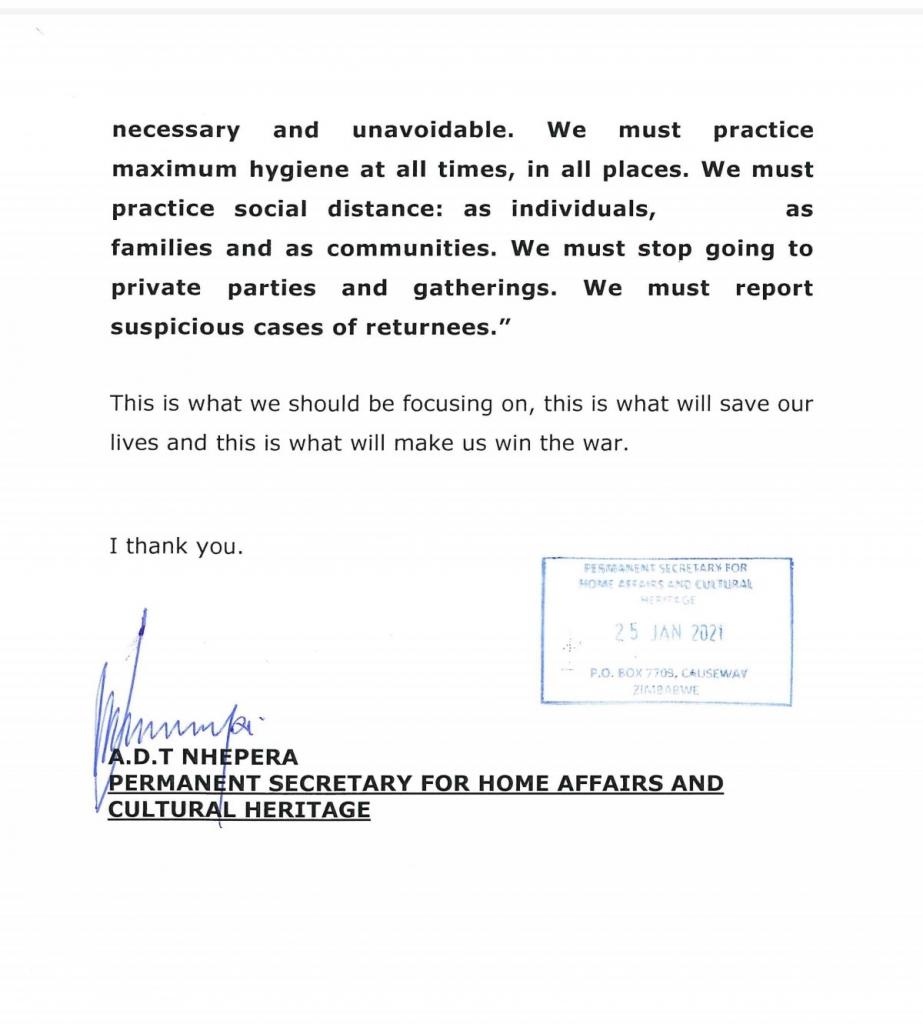