The MDC released the following statement which described Gwaradzimba as a successful academic and SB Moyo as a determined:

On behalf of the MDC T Party, my family and my own behalf, I wish to express my sincere and deep heartfelt condolences to the Moyo and Gwaradzimba families and the government of Zimbabwe at the passing on of Zimbabwe’s Foreign Affairs and International Trade Minister, Retired Lt General S B Moyo and the Manicaland Provincial Affairs Minister, Dr Ellen Gwaradzimba. They both succumbed to COVID -19 related illness.

Minister Moyo was a decorated career soldier who started his career as a teenager when he left school to join the liberation war. He was part of the famous Manana Lutheran Mission High School kids who in 1976 abandoned their studies to join other liberation fighters. He later had a career in the Zimbabwe National Army before becoming our Foreign Affairs and International Trade Minister in 2017. As a member of the senate, he showed determination towards peace and development.

Dr Gwaradzimba was a successful academic who at one stage was a Dean of Students at Africa University. She was a Senator in the Upper House, and as Provincial Affairs Minister she showed dedication towards the realization of the development of Manicaland Province.
May their souls rest in eternal peace. 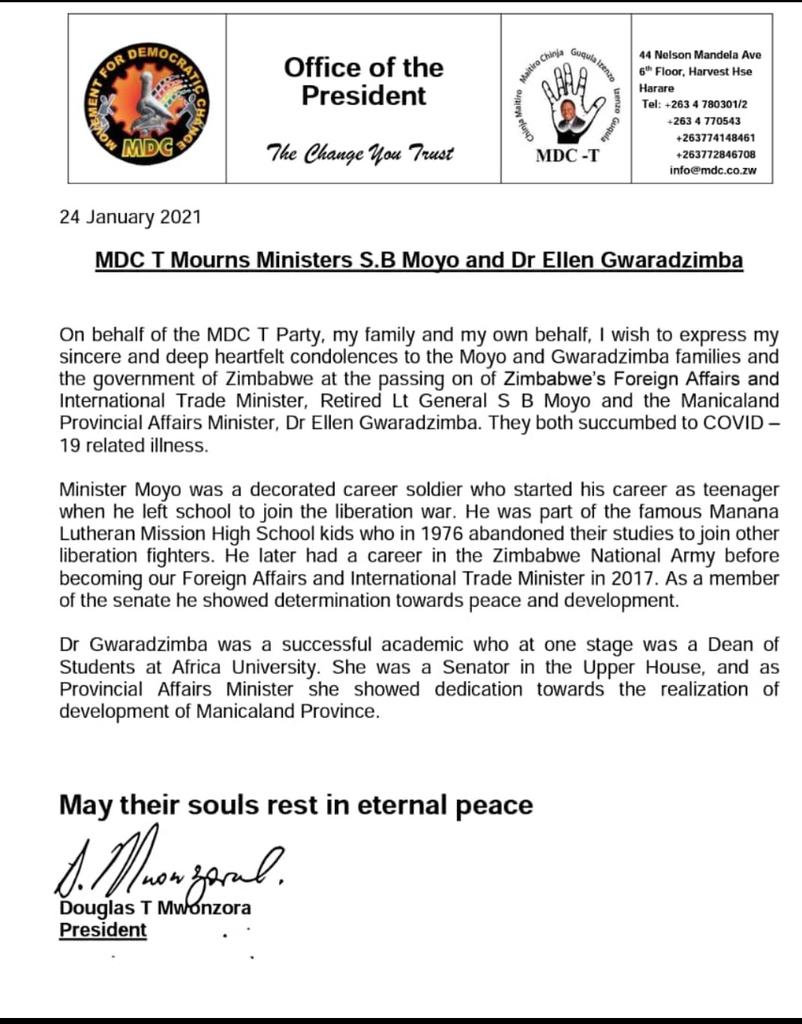