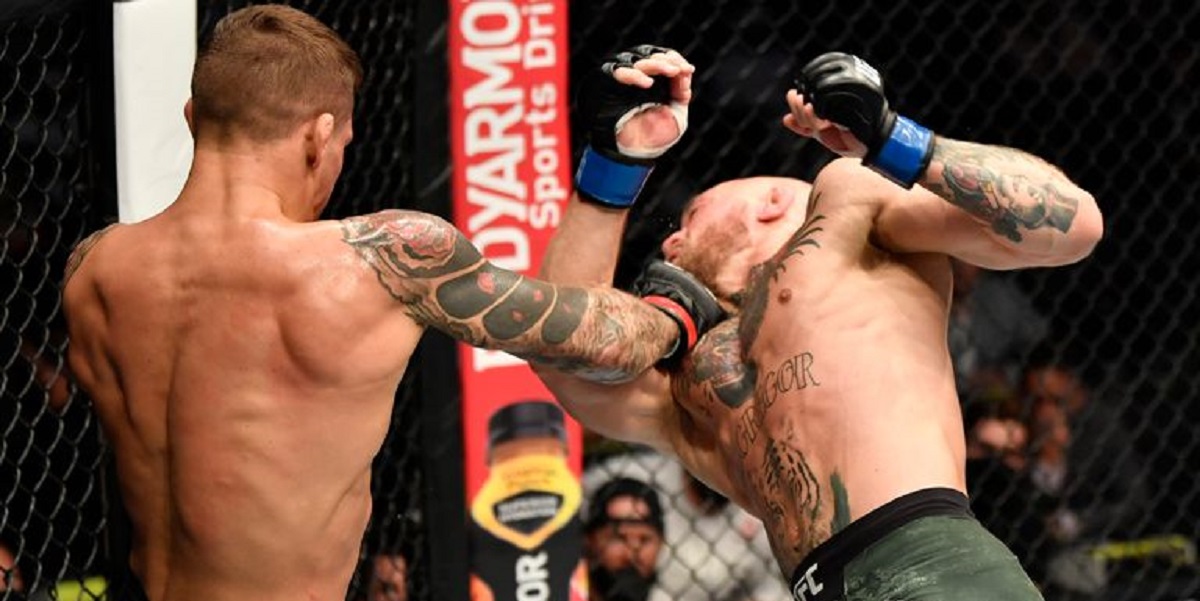 Conor McGregor was Sunday knocked out by Dustin Poirier in the second round giving him a lightweight reality check on Fight Island.

Fighting for the first time since January of last year, McGregor looked dangerous in the stand-up, but could do little to stop Poirier’s leg kicks, which ultimately set the stage for the American’s finish.

The fight was a rematch of a 2014 affair at featherweight that saw Conor McGregor stopping Poirier in the first round.

Speaking after the match, McGregor who had predicted he’d finish the fight within 60 seconds blamed Octagon rust for his devastating loss. He said:

It’s hard to overcome inactivity over long periods of time. The leg kicks were good. Those low calf kicks were really good — my leg was dead.

I just wasn’t as comfortable as I wanted to be. It’s the inactivity and that’s it. But Dustin is some fighter.

I have to dust it off and come back and that’s what I’ll do.

Poirier found the finish in the second round as he left the former two-division champion in a mess on the canvas. Speaking after the match, Poirier said:

I’m happy, man, but I’m not surprised. First off, I want to say Conor took this result very professionally. He’s a pro, man. Nothing but respect.

It was Poirier’s second straight win since dropping to a 2019 loss at the hands of the now-retired Khabib Nurmagomedov.

After beating Kiwi Dan Hooker last year, this win puts the 32-year-old right back in the title conversation. Poirier said:

I feel like this was a title fight. If Khabib’s not coming back, me and Conor are the two best guys — I think this was the title fight. I’m the champion.

UFC great Chael Sonnen said McGregor was the victim of the sport’s “big miss” when he was able to fight just once last year before all plans were put on hold by the COVID-19 pandemic.