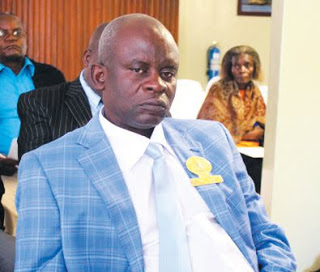 Popular Bikita traditional leader Chief Marozva (real name Philip Mudhe) has died, Tell Zim reports. According to the publication, details of how Marozva died are still sketchy at the moment:

Chief Marozva of Bikita born Philip Mudhe has died. A family member confirmed his death but could not give details on the circumstances surrounding his death. “We haven’t done a number of things that should be done when a chief dies yet,” said the family member

Children of Zimbabwe’s War Veterans Association paid tribute to the former senator and said he was one of their association’s benefactors:

Popular Bikita Chief & former Senator Marozva is No more. Chief Marozva was the first traditional leader to sponsor COZWVA at its first launch in Bikita when he donated 50×5kg meal meal in 2016 May his soul rest in Peace.

Burial arrangements are still to be announced. We will update this article if new details emerge.