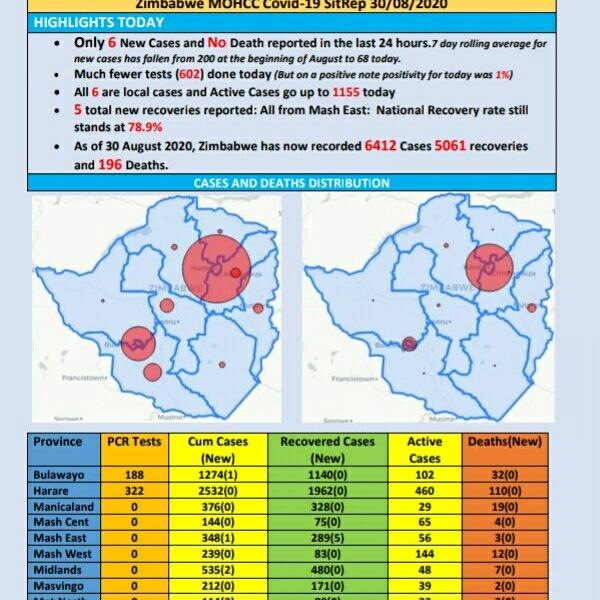 A senior government official has admitted that COVID-19 statistics on both deaths and positive cases are inconclusive.

Speaking during a telephone interview with Open Parly, COVID-19 Taskforce Chief Coordinator Agnes Mahomva cast doubt on the accuracy of the figures saying the government will engage the private sector to help in analysing data. She said:

Our technical teams are seized with analysing the (Covid-19) data. We are also roping in the private sector who are also helping with postmortems.

As we will be analysing the data, the surge continues. So we might be a little bit behind in terms of really finalising and coming up with a conclusion of it all.

Mahomva added that even first world countries such as the United Kingdom and the United States of America could be facing the same challenges as Zimbabwe due to the nature of the pandemic. She said:

We need to remind ourselves that in an epidemic this happens anywhere whether its in China, America or Europe.

The numbers that we report on a particular day may not be exactly the numbers for that day.

Sometimes we issue out a report in a day and then the following day in our report we add numbers from the previous day.

So that race of trying to have as accurate numbers as possible per day will always be there.

There are few challenges here and there we acknowledge that. That is the nature of trying to report an epidemic as it happens.

This comes as citizens have expressed scepticism over the authenticity of daily statistics being released by the Ministry of Health and Child Care.

There is a general perception that the government could be under-reporting the figures to cover up its failure to deal with the pandemic or to avoid panic.