The Zimbabwe dollar has firmed slightly against the greenback on the Foreign Exchange Auction conducted today, 19 January 2021.

In total, US$35.3 million was allotted this week, with the bulk of the allotment (US$15.5 million) going to raw materials.

NB: The story has been updated to correct the earlier report which indicated that the rate this week is at ZWL$81.0833 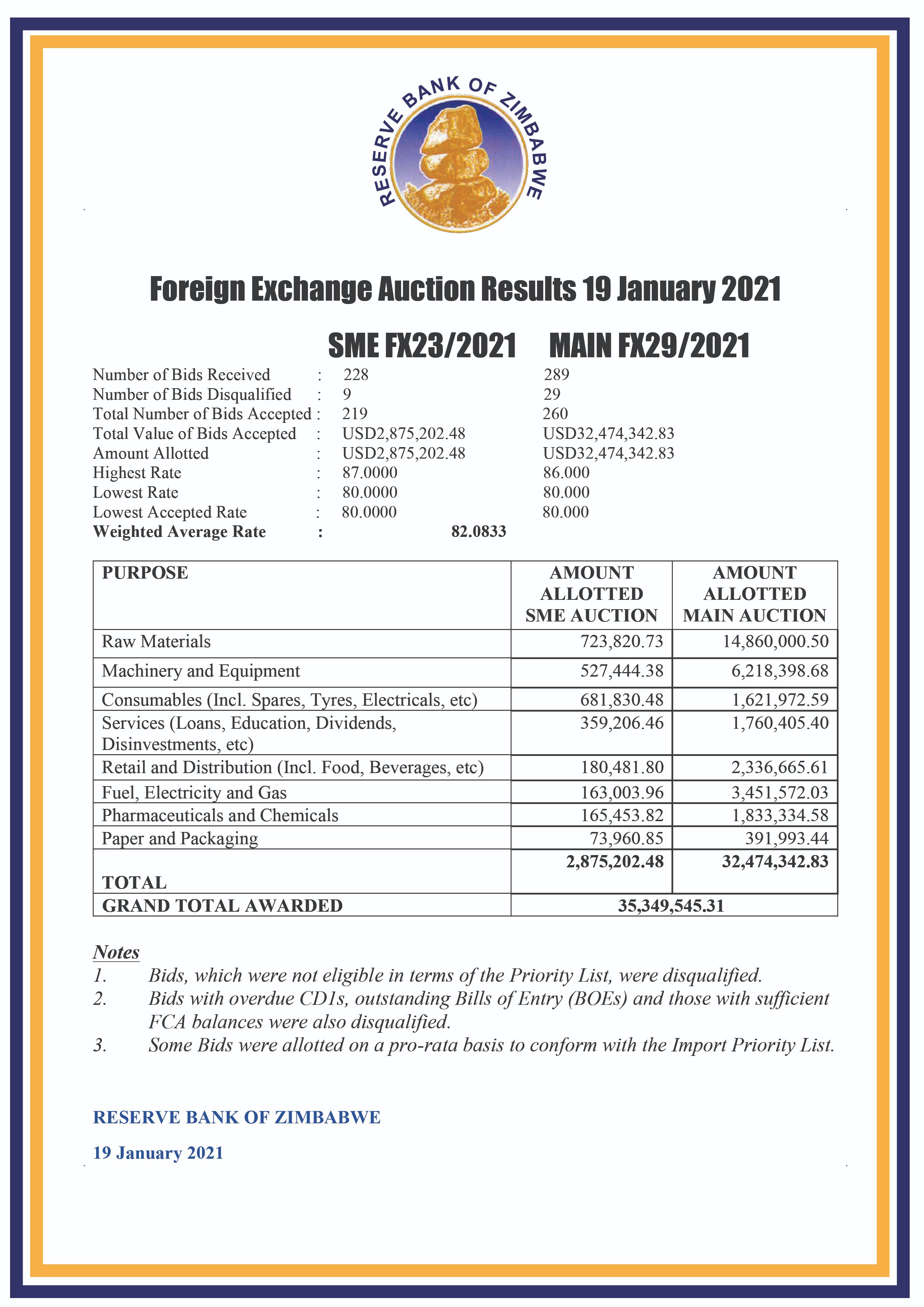