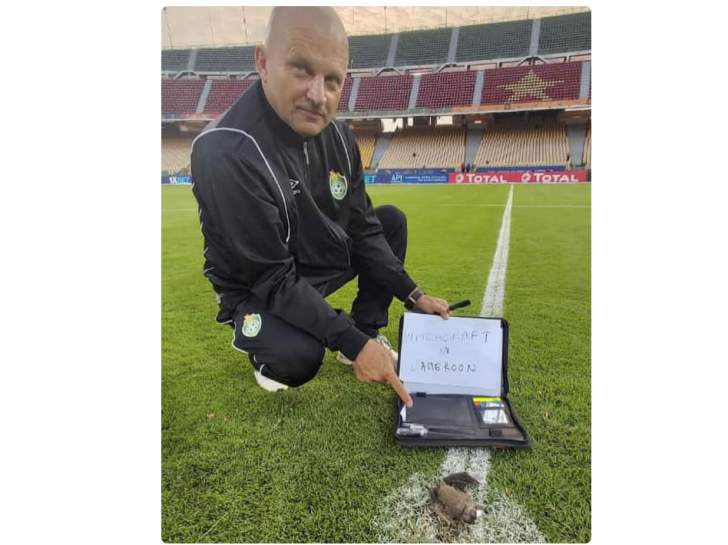 (CAF) Confederation of African Football has said they are investigating witchcraft/juju allegations raised by Warriors coach, Zdravko Logarusic. Logarusic on Saturday just before the opening match between Zimbabwe and Cameroon shared a photo of what looked like a goat’s head and an egg at the pitch that was reportedly going to be used for the game.

CAF which had been mum on the incident reportedly made a u-turn and said they will investigate the incident and if it is true they will sanction relevant parties. Speaking to Goal, a football website CAF reportedly said:

Issues of witchcraft are not the prerogative of Caf. We have launched an investigation into the said action and if there is a breach of the regulations of the tournament, appropriate sanctions will be handed out accordingly

According to Soccer24, this is not the first time witchcraft/juju allegations have been made against Cameroon:

The continental governing body’s decision might have been neccesisitated by the fact that it is not the first time Cameroon have been accused of resorting to black magic to influence football matches, have been accused of doing so during the 2002 AFCON semi-final between the Indomitable Lions and the Eagles of Mali.

Meanwhile, the Warriors will play Burkina Faso tomorrow at 9 PM.