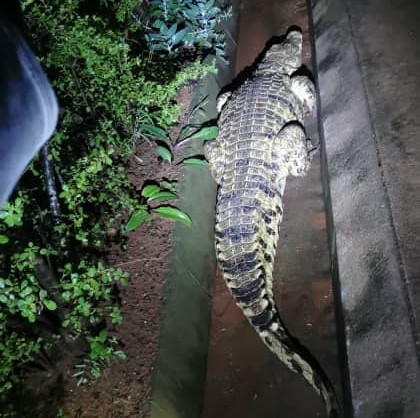 A crocodile today reportedly got into a male ward at Chiredzi General Hospital Tell Zim Reports. TellZim alleged that the incident could be a result of flooding due to heavy rains and poor drainage that enabled the reptile to make its way into the hospital.

A crocodile got into a males’ ward at Chiredzi Gen Hospital today and people are waiting for the Zimparks team. The crocodile is understood to have followed the waterway from Ward 4 & got to the hospital in Ward 2. Heavy rains have caused a lot of flooding in the proorly-drained town.

3 comments on “PICTURE: Crocodile Crawls Into A Chiredzi Hospital Ward”