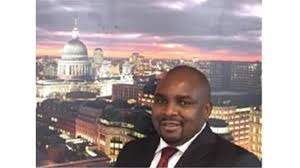 44-year-old Mashika’s death was announced by NRZ Board Chairperson, Advocate Martin Dinha who said they were greatly saddened by the death of Mashika:

The NRZ Board, Management and Staff would like to express its condolences to Mrs Mashika, the children and the entire Mashika family following his untimely death

Mashika left behind his wife and 4 children and burial arrangements will be announced in due course. Mashika became the acting General manager after the parastatal offloaded Lewis Mukwada last year.